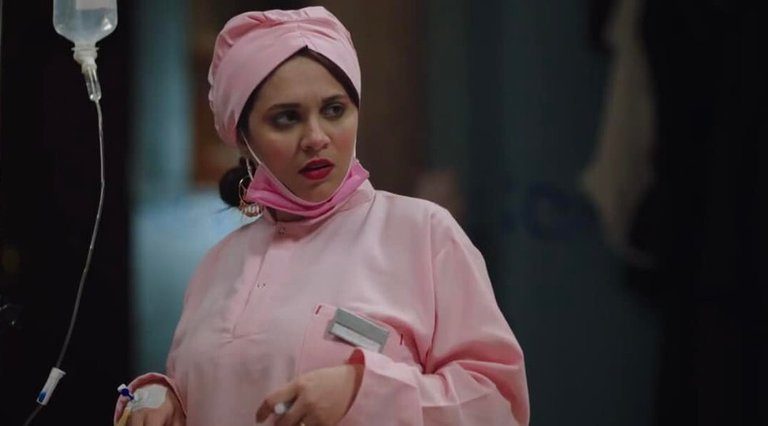 The sixth season of “Al-kabir Awy” (Big Boss) series has achieved huge success in the holy month of Ramadan. Social media outlets have been buzzing with praise for the series’ makers and actors, especially Egyptian star Ahmed Mekky.

Episode 7 of the series drew the attention of Netflix users when scenes from the Korean “Squid Game” series were echoed. The people of “Mazarita” village in the Egyptian series forcibly participated in win-or-die challenges similar to Squid Game.

On its official Facebook page, Netflix published a picture of one of the characters of the “Squid Game” series, an old man wearing the number “001” during the game, labeled: “Al-kabir Awy, Awy”,  referring to the Egyptian version of Squid Game.

Moreover, the series drew the attention of viewers in Korea. Last week, Egyptian ambassador to Korea, Khaled Abdel-Rahman, wrote on Facebook that the interest in Al-Kabir Awy was increasing in Korea. He added that he hosted a group of Korean friends and representatives of Korean companies over an Iftar banquet, when some of the invitees, including Secretary-General of the Korean-Arab Association, mentioned the Egyptian series.

The invitees discussed Al-Kabir Awy’s comic approach to the Korean series, Abdel-Rahman added, noting that the Korean media picked the news, publishing a number of articles on the Egyptian work and the special customs and traditions of the Egyptian people in Ramadan.

The Korean media underscored that the holy month in Egypt has a unique ambiance and that a large segment of the Egyptian population focuses on watching TV series in Ramadan.

Imitating Squid Game, Episode 7 showed the people of Mazarita locked in a strange place, and dressed in a green uniform.

They did not know where they were or who had abducted them. Al-Kabir (Ahmed Mekky) tried to convince everyone to get out of the “game”, but they insisted on playing, hoping to win the huge financial prize, only to discover that whoever loses shall be killed and they could not escape.

Meanwhile, the Egyptian Nursing Syndicate filed a lawsuit demanding the suspension of Al-Kabir Awy after a controversial scene in Episode 3, where the lead actress wore a nurse costume in a comical manner.

Head of the Nursing Syndicate, Kawthar Mahmoud, filed the lawsuit, noting that this scene abused Egyptian nurses. She added that such scenes could defame Egyptian nurses.