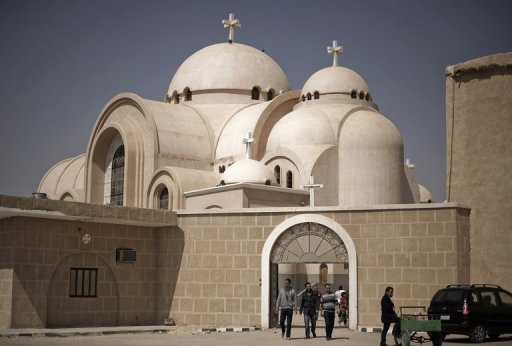 Prime Minister Mostafa Madbouly chaired a meeting of the main committee to legalise the status of churches and their affiliated buildings on Wednesday.

This came in the presence of Minister of Justice Omar Marwan; Minister of Local Development Mahmoud Shaarawy; Minister of Housing Assem Al-Jazzar; Minister of Parliamentary Affairs Alaa Al-Din Fouad; and Undersecretary of the Ministry of Housing, Utilities, and Urban Communities Mohamed Hisham Darwish, along with officials of the concerned authorities.

Nader Saad — Official Spokesperson for the Presidency of the Council of Ministers — stated that the committee reviewed the results of the review work, which took place since its last meeting on 4 January with regard to the conditions of churches and service buildings that requested the legalisation of their status.

At the conclusion of the meeting, the PM congratulated Coptic Orthodox Christians inside and outside Egypt on the occasion of the approaching glorious Feast of Resurrection.

In January 2017, the cabinet decided to form a committee for church conciliation to work according to the new law. The 10-member committee comprises one Christian representative, six government officials from several ministries, representatives from the national security apparatus, the intelligence apparatus, and the Administrative Control Authority (ACA).

Before the approval of the church construction law in 2016, the law regulating the construction of churches was based on the Ottoman Empire’s Hatt-I Humayun document, which stipulated a rigorous system for approval to build a new church.