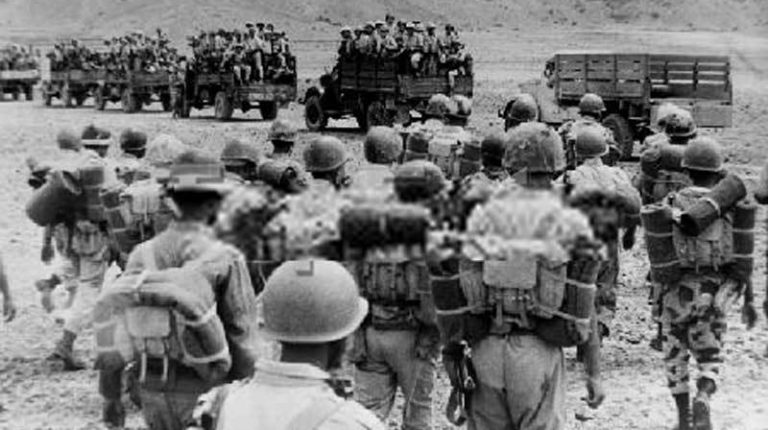 During the Cold War, the UK executed media protocols targeting the Middle East, Africa, and parts of Asia with the intention of fostering instability, manipulating sentiment, inciting crime, and aggravating ethnic strains with news by promoting and backing anti-communist ideas from the mid-1950s to the late 1970s through a Foreign Office Unit located in London.

This was all revealed in newly declassified British government documents detailing hundreds of pricey operations against the Soviet Union and China that were referenced in a book called ‘How to Stage a Coup’ By Rory Cormac — a specialist in the history of subversion and intelligence.

The post-World War II Labour government set up the Information Research Department (IRD) to oppose Soviet propaganda invasions of Britain. Its movements reflected the CIA’s Cold War propaganda processes and the extensive efforts of the Union of Soviet Socialist Republics (USSR) and its satellites.

The IRD hired 360 agents at its peak in the mid-60s. However, it mainly served as a highly secret Special Editorial Unit.

The British agenda was faking statements by official Soviet organisations and agents. Between 1965 and 1972, the IRD manufactured at least 11 reports from Novosti — the Soviet state-run newsagent. One of which was published after Egypt’s defeat in the 1967 Six-Day War against Israel that stressed the USSR’s anger at Egypt for “wasting” so many weapons and equipment Moscow had provided to the country.

The IRD also fabricated fake books from the Muslim Brotherhood — a mass Islamist association with a substantial followership across the Middle East. One of such booklets blamed Moscow for promoting the 1967 War, bashed the quality of Soviet martial gear, and named the Soviets “filthy-tongued atheists” who considered the Egyptians “peasants who lived all their lives serving reactionary Islamic superstitions.”

They also constructed a completely fictive extreme Islamist association named the ‘League of Believers’, which described the Russians as non-believers and pinned Arab defeats on their lack of religious faith — a common trope among religious conservatives.

The Cold War was the defining international contest of the second half of the 20th century. US foreign policy objectives for Egypt during the 1950s were to maintain the US and Western Europeans’ access to Middle Eastern oil.

According to the book, the UK allied with the US to oppose the growth of communism and specifically the power of the Soviet Union during this time in the Middle East and to support the independence of Israel without estranging Arab states.

Nearly all of Europe’s oil at the time arrived through the Suez Canal. The UK was freeing itself of its colonies, but it had intense anxieties about leaving the Suez Canal unprotected in Egypt.

The UK’s lingering military sight in the Middle East helped safeguard oil shipping routes, the Suez Canal, and the oil fields from the danger posed by the Soviet Red Army. For its part, Egypt wanted the UK out.

Egypt had much experience warding off the dominance of great powers by playing them against one another. When the US delayed advancing Egypt’s positions against the UK, Egypt aspired to rely on the USSR, where it could find military and financial support. This was a way to exact more benefits from the US in return.

At the time, the president of Egypt Gamal Abdel-Nasser gained much ground in the region. Soviet intelligence indicated that Israel was scheduling a movement against Syria, further aggravating tensions between Israel and its Arab neighbours.

On 22 May, Nasser closed the Gulf of Aqaba to Israeli shipping, thus creating an effective blockade of the harbour city of Eilat in southern Israel.

In response to that, on 5 June, Israel directed a sudden pre-emptive air strike that eliminated more than 90% of Egypt’s air force on the tarmac.

Within three days, the Israelis had secured victory, occupying the Gaza Strip and the Sinai Peninsula up to the eastern bank of the Suez Canal.

The British IRD then released a fake statement by supposed radical Islamists in February of 1967 saying: “Why does so much sorrow and disaster afflict the Arab nation at this time? Why were our courageous forces beaten in the jihad against the evil heathen Zionists? It is quite obvious. We are departing quickly from the correct path. We are following the course chosen for us by the communist atheists for whom religion is a form of social disease.”

These claims evolved increasingly across Egypt in the following years, as a revival of faith swept the country.

The IRD then released in February 1967 a document that was also purported to come from the Muslim Brotherhood attacking Egypt for using chemical weapons in its battle against a coalition of religious conservatives and tribes in Yemen backed by the UK and Saudi Arabia.

As with much of the IRD’s output, Cormac said the claims made were factually correct, but the tone and sources used were fake and designed to mislead. The leaflets about Yemen aimed to pressure the Egyptian leadership to accept a ceasefire.

The British IRD also set up many tactics against the Soviets in Africa as well. In 1963, they forged a statement from the World Federation of Democratic Youth — a fake Soviet organisation — which denounced Africans as “uncivilised, primitive, and morally weak.” The forgery received press coverage across the continent, with many newspapers reacting intemperately.

In these scary times, we need truth-seeking global news organisations. We believe everyone deserves access to information grounded in science and truth. That means more people can be better informed, united, and inspired to take meaningful action. When it’s never been more critical, our independence allows us to investigate, challenge, and expose those in power fearlessly.