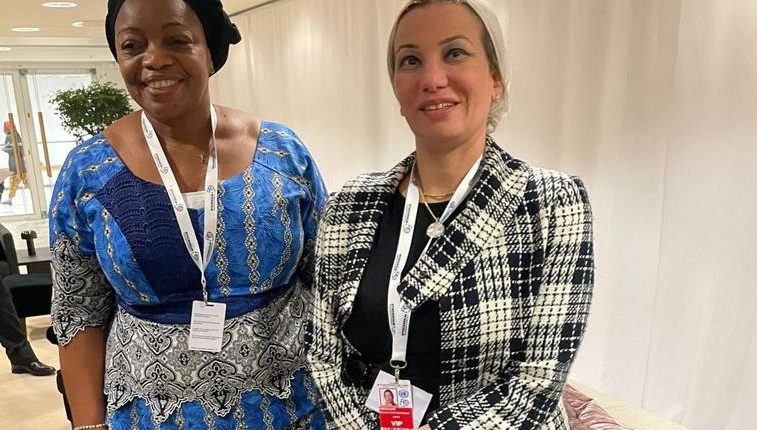 The meeting came on the sidelines of the Stockholm +50 conference, which was organized by the United Nations General Assembly and hosted by Sweden.

She explained that with regard to the COP27 there is an agenda for all the meetings that take place to discuss the decisions that can be taken out of these meetings to be discussed before the conference, pointing out that the conference agenda will be issued in July, which took into account the participation of all parties in the conference.

The Minister of Environment expressed Egypt’s readiness to consider any proposals submitted by the DRC regarding the conference to be submitted to the Higher Committee headed by the Prime Minister.

She also submitted a proposal to work in parallel on holding bilateral side meetings for the technical teams of the two sides to discuss ways of cooperating together.

Fouad further stated that the agenda for the preparatory conference to be held in the DRC, was discussed, where the procedures for holding a technical meeting at the level of scientists to link the impact of climate change on natural resources, including forests, biological diversity, and water, were discussed with the participation of a working group of technicians from the two ministries. .

For her part, the Congolese Minister of Environment emphasized the strong relationship between the two countries, which extends for many years, and expressed her appreciation for Egypt and its efforts to support the needs and issues of the African continent.