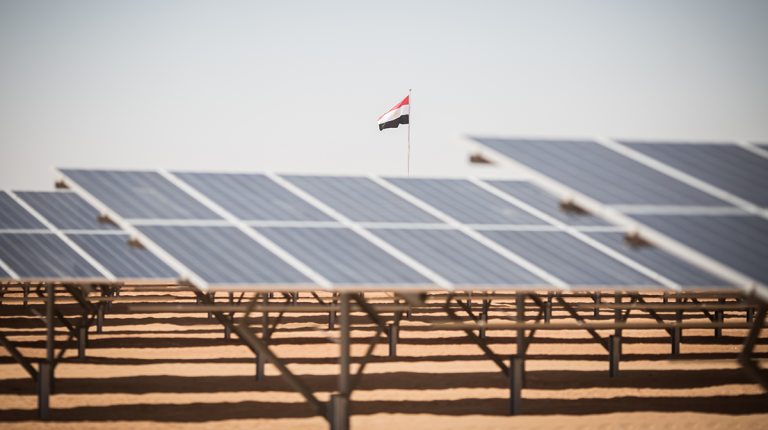 Companies and developers in the energy field in Egypt are awaiting a new incentive package to expand the establishment of clean energy plants before the upcoming climate summit to be held in Sharm El Sheikh next November.

Wael Al-Nashar, Chairperson of Onera Systems, believes that the government should issue additional incentives to companies working in the field of installing solar systems so that they can continue their business.

The cost of constructing solar power plants has already gone up after the increase in power system components, the value of freight and the recent global events due to the Russian war on Ukraine, as well as the rise in the price of the customs dollar, all of which are factors limiting the expansion of solar projects, Al-Nashar said.

He demanded the application of the law not to compete with distribution companies in the establishment of solar energy plants with private companies within their geographical scope as well as activating renewable energy certificates, which is a program that allows electricity consumers to document sources of clean energy use, and enable them to achieve their sustainability goals.

Mohamed Ali Ismail, head of RGS, said that companies importing solar energy panels should be exempted from taxes, which were recently set at 5%, to return to what it was in the past, “zero”, in order to encourage the expansion of the construction of solar power plants.

The prices of solar panels have risen, thus affecting the price of solar energy systems, and increased the recovery period for the value of the plant, and there must be additional incentives for solar energy so that the momentum that occurred in the past years to establish projects continues, according to Ismail.

Hatem El Romy, President of Triple M, hopes to give encouraging incentives to the national industry, and to localize the manufacture of solar system components in Egypt, and this step will contribute to achieving an added value to the economy and reduce the burdens of importing from abroad.

He praised the incentives approved by the government to increase the size of solar energy projects with a net metering system to 1,000 megawatts, as well as exempting projects up to 1,000 kilowatts from integration fees, stressing that companies are looking forward to more incentives in the coming period.

The government seeks to increase the share of clean energy on the national electricity grid to reach more than 42% by 2035, compared to 20% currently.

More than 200 Egyptian companies are working in the field of solar energy system installation in Egypt, and rules have been recently approved by the Renewable Energy Authority to qualify companies on four lists “platinum, gold, silver and bronze”.

Wael Madkour, head of SOL Egypt, believes that the government should grant more facilities and incentives to increase the participation of clean energy in the total capacity produced on the national electricity grid, in conjunction with Egypt’s hosting of the upcoming climate summit in Sharm El-Sheikh.

Companies receive many requests to set up solar power plants in homes and office buildings, but with many challenges constraining efforts to expand projects and meet customer needs, Madkour said.

The entire economy is suffering as a result of the outbreak of the Coronavirus epidemic and its impact on all countries, and then the Russian war on Ukraine, but Egypt is able to absorb all these things, and grant encouraging incentives and facilities to the private sector to expand projects.