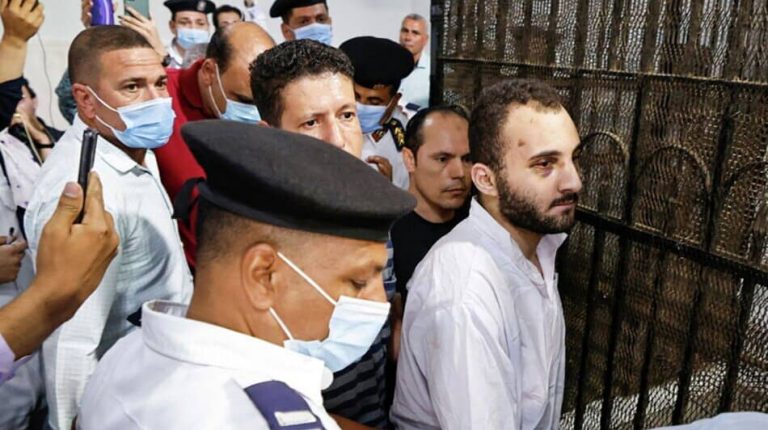 A Mansoura Criminal Court headed by Bahaa Al-Din Al-Marri handed down a final death sentence on Wednesday to defendant Mohamed Adel, who murdered his classmate Nayera Ashraf, after consulting with the country’s grand mufti.

Last week, the court referred a preliminary death sentence to the mufti to take his legal opinion, as is customary in Egyptian law.

According to the Egyptian judicial system, the convict will have the right to resort to other litigation procedures after ratification of the death sentence.

During the court session, the defendant’s lawyer demanded that the charges be changed from premeditated murder to beating that led to death in order to lessen the sentence.

Nayera Ashraf’s story received much attention in Egypt and the Middle East after she was killed in a shocking scene that was documented by surveillance cameras and several witnesses.

The court wrote in the referral order that the accused drew up a plan to kill the victim, choosing the final day of exams in the academic year to commit the crime to guarantee that the victim would be on the premises of Mansoura University.

It also specified that he slit her neck and stabbed her repeatedly to ensure her death despite many jumping in to defend her.

Over the past two days, campaigns were launched to collect donations to pay blood money to the family in exchange for pardoning the killer, along with other campaigns targeting the victim’s reputation.