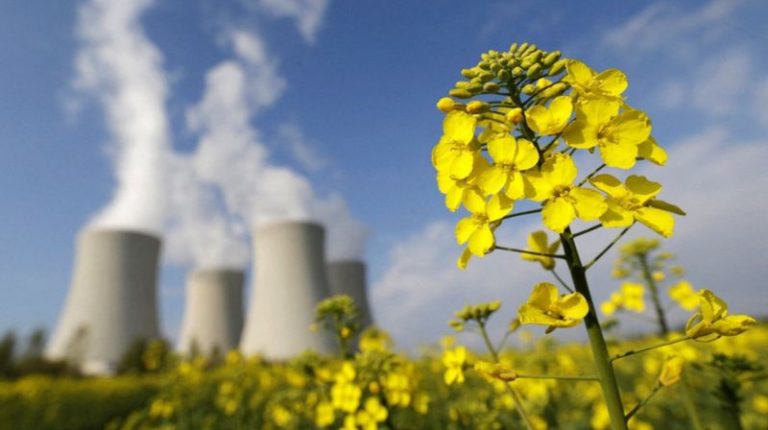 European Union (EU) lawmakers on Wednesday voted down an objection to labeling gas and nuclear power as sustainable energy sources.

The controversial decision was taken when the deputies, meeting in plenary session in Strasbourg, France, voted against a motion to block the proposal by 278 votes in favor,328 against and 33 abstentions.

If the Council of the EU does not object to the proposal by July 11, the Taxonomy Delegated Act will enter into force and apply as of Jan. 1, 2023, Parliament said in a statement after the vote.

European Commissioner for Financial Stability Mairead McGuinness said during Tuesday’s plenary debate that the taxonomy is a voluntary instrument to guide private investors towards investments that allow the EU to reach its climate goals.

“With this Complementary Delegated Act, we provide clarity around the criteria under which private investments in gas or nuclear, or both, comply with the taxonomy in the transition category,” McGuinness said.

The European Commission has proposed the inclusion of gas and nuclear technology in the EU’s Taxonomy Complementary Climate Delegated Act on climate change mitigation and adaptation — a list of economic activities deemed in line with the bloc’s transition to climate neutrality.

The inclusion of certain gas and nuclear activities is time-limited and dependent on specific conditions and transparency requirements.

However, the contentious EU proposal sparked claims of “greenwashing” by some EU member states and environmental lobbyists.