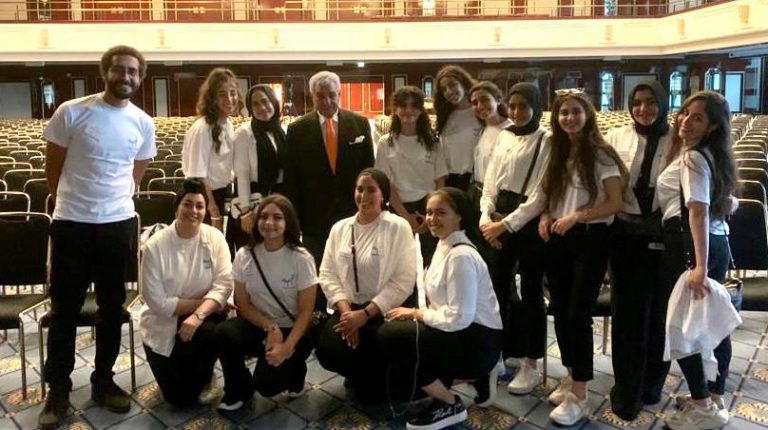 Egyptian archaeologist Zahi Hawass gave a lecture in Berlin, Germany on Egypt’s recent archaeological discoveries that was organised by the Ministry of Tourism and Antiquities in which he announced that there is an expedition searching for the tomb of Imhotep in Saqqara.

“We are now searching for Imhotep’s tomb in Saqqara, and the mission has already started working in the area. We are also looking for Queen Nefertiti in Luxor,” he said.

He also talked about the lost golden city of Luxor, which dates back to the reign of King Amenhotep III and continued to be used by Tutankhamun 3,000 years ago.

Hawass added that the city is the largest administrative and industrial settlement in the era of the Egyptian Empire that was based on the western bank of Luxor.

Moreover, he explained the details of the new archaeological discoveries he made in the Saqqara area next to the pyramid of King Tate, noting that the Egyptian mission found a five-metre-long papyrus, a bronze axe belonging to an army soldier, as well as some toys, boats, and wooden masks, along with a collection of coffins.