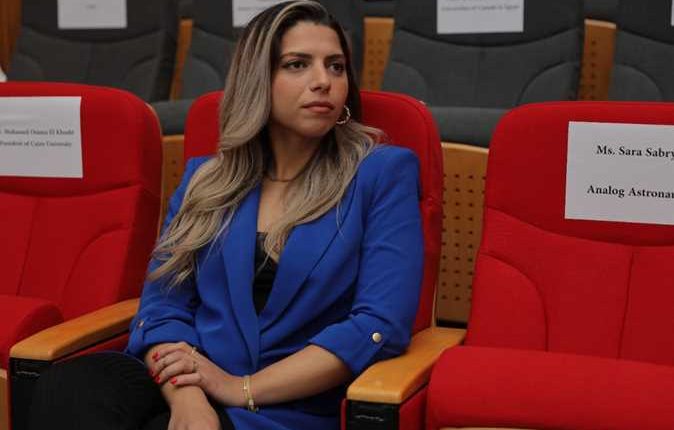 Sarah Sabry is set to be the first Egyptian astronaut to travel to space, on the New Shepard flight No. 22, affiliated with Blue Origin.

The Egyptian Space Agency congratulated Sabry, expressing its support for her mission. Sabry is scheduled to travel for the first time to space accompanied by five colleagues from the USA, Portugal, and the UK.

Sabry also expressed her happiness and pride in representing Egypt in this mission, saying: “When we dare to dream big, we achieve things that were considered impossible, break boundaries, make history, and set new goals for the future.”

During her engineering study in Egypt, Sabry was also a yoga and CrossFit trainer, and practiced mixed martial arts for some time. In 2016, she toured Africa to volunteer in different schools and organizations, including the Women Empowerment Center in Uganda.

After obtaining her Bachelor degree from the American University in Cairo, she studied mechanical engineering and biomedical engineering in Italy. She also enrolled in a course on aerospace engineering at the Massachusetts Institute of Technology (MIT).