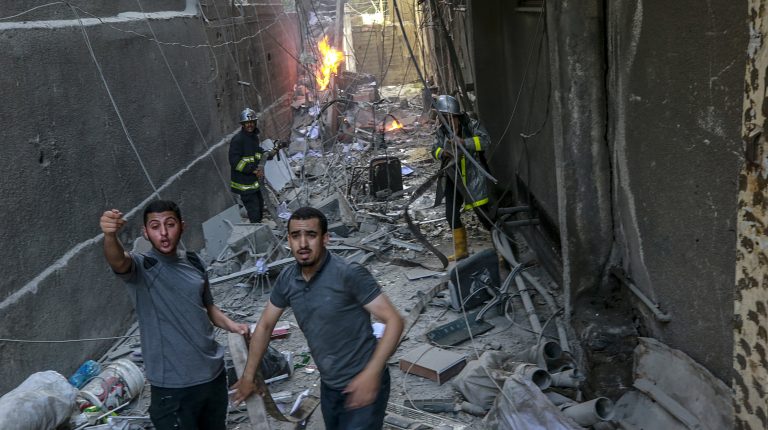 Egypt has told Israel to immediately stop the airstrikes on Gaza, senior government officials have told Daily News Egypt on Friday.
This comes as at least 15 people, including a commander of the Palestinian Islamic Jihad, were killed in Israeli strikes on Gaza Strip on Friday, according to Palestinian medical and security sources.

Taysir al-Jabari, a commander of Saraya al-Quds, the armed wing of Jihad, was killed in an Israeli raid.

Israeli warplanes carried out on Friday intensive air raids on separate areas of the Gaza Strip after days of tensions following the arrest of a senior Palestinian “militant” in the West Bank.

Palestinian Islamic Jihad group said it fired more than 100 rockets at Israel on Friday, as an “initial response” to deadly Israeli air strikes on the Gaza Strip.

“The launching of rockets must cease immediately, and I call on all sides to avoid further escalation. the progress made in Gaza in the last year risks being undone, leading to even greater humanitarian needs at a time when global resources are stretched and international financial support for a renewed humanitarian effort in Gaza will not be easily available,” Wennesland added in a press statement.

The statement indicated that the UN is fully engaged with all concerned in an attempt to avoid a further conflict which would have devastating consequences, mainly for civilians. The responsibility is with the parties to avoid this from happening.