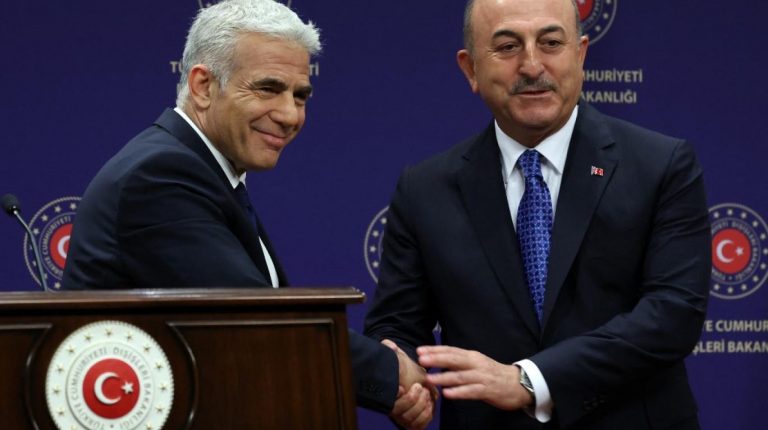 Israeli Prime Minister Yair Lapid announced on Wednesday the resumption of relations with Turkey and the re-exchange of ambassadors between the two countries.

“The resumption of relations with Turkey is an important asset for regional stability and a very important economic boon for the citizens of Israel,” Lapid added.

Meanwhile, Erdogan stressed during a conference of Turkish ambassadors in Ankara that the renewal of relations between Israel and Turkey will allow the Turks to help their Palestinian brothers.

However, relations began to improve after an Israeli couple were detained in Turkey on suspicion of espionage after taking pictures near Erdogan’s Palace and the two parties had to engage in talks to facilitate the detainees’ extradition.

Four months after the incident, Israeli President Yitzhak Herzog paid an official visit to Turkey, during which he met with his counterpart.

Earlier this month, Israel reopened its economic office in Turkey after three years of closure.