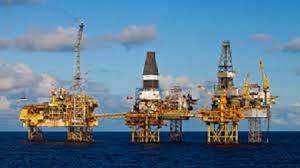 Enppi and Petrojet — which are affiliated with the Ministry of Petroleum and Mineral Resources — purchased the share of foreign partner Star Company Ltd. in the International Company for Drilling operating under the free zone system (50% of the company) at a value of $117.6m or EGP 2.2bn last week.

Sources told Daily News Egypt that foreign partner Star Gas owned about 50% of the company, while the remaining share is broken down to 20% owned by South Valley Petroleum Holding Company, 15% by Enppi Petroleum, and 15% by Petrojet Petroleum.

The sources added that after the implementation of the deal, the company’s ownership structure became 40% for Enppi, 40% for Petrojet, and 20% for South Valley Petroleum.

Cairo Capital Securities Brokerage acted as the broker of the deal for both the buyer and the seller.

The sources pointed out that the deal comes within the framework of a plan announced by the Ministry of Petroleum to buy the shares of foreign partners in oil companies.

The International Company for Drilling manufactures, assembles, enacts, maintains, and repairs covers and conducts regulating pipes. It is one of the Egyptian petroleum sector companies, which was established in accordance with the provisions of the Investment Guarantees and Incentives Law No. 8 of 1997 as an Egyptian joint stock company.

The company implemented the giant Zohr field and Ismailia tunnels projects, which were implemented by the hands and expertise of Egyptian workers. The company also supplied pipes for the Khaleda Petroleum Company.

The petroleum ministry is currently working on drafting the regulatory procedures for selling gas in the local market by producing companies to industrial companies that wish to buy gas or increase their share of gas in accordance with agreements concluded between the supplier and the consumer.