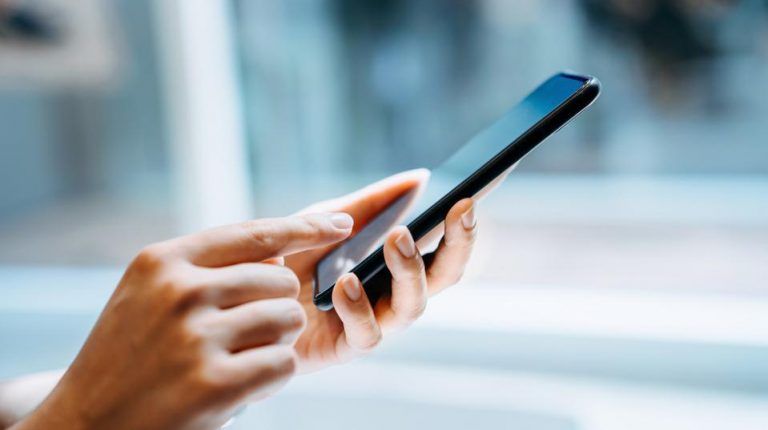 A fraudulent online application called ‘White Sands’ — a Ponzi-type scam that operated in Egypt for months until 2021 — attracted millions of subscribers and social media users in Egypt and siphoned off billions of pounds. The scheme expanded quickly by word of mouth among friends and relatives.

“I started getting acquainted with an application called White Sands. My nephew — who was a first-grade student at the time — told me that there was a profitable application that makes money in short amounts of time. I was sceptical at first. Still, he convinced me, and I started experimenting with a meagre EGP 6,000 that I made a profit of EGP 3,000 with within four weeks of depositing.”

White Sands then disappeared at the beginning of 2022 without any warning.

“On 9 January 2022, we were surprised to see the application’s page was nowhere to be found, and some videos began to spread on social media saying that we had been victims of an electronic scam,” Azer recalled.

Greed and the absence of a secure way for obtaining profits, in addition to lack of digital literacy are the most common factors that facilitated the success of the White Sands scheme.

Another victim going by the name Siham found out about the application through someone she trusted — in her case, a close friend. That friend invited her to become a subscriber because the app was “very profitable.”

She was told that if she subscribed to an annual package valued at EGP 6,000, she could make around EGP 7,900 per month. However, her dreams were dashed after the application vanished.

During the investigation, this reporter documented more than 25 cases that lost their money through electronic applications.

Ponzi schemes in the era of digital platforms

Ponzi schemes are nothing new according to the US Securities and Exchange Commission. They share similar characteristics, such as promising high investment returns with little or no risk and overly consistent returns, they involve investments that have not been registered with financial regulators, and they prevent participants from cashing out.

For example, in the 1960s, Albania’s economy collapsed under several massive financial pyramid schemes. “The scale relative to the size of the economy was unprecedented… At their peak, the nominal value of the pyramid schemes’ liabilities amounted to almost half of the country’s GDP. Many Albanians — about two-thirds of the population — invested in them,” according to the International Monetary Fund (IMF).

When the schemes suddenly vanished, there was an outrage, the government dissolved, and the country descended into violence, with 2,000 people ending up dead.

A Ponzi scheme is a form of fraud that tempts so-called investors with easy and immediate profits but pays profits to earlier investors with funds from recent ones until promoters disappear with the bulk. Users typically pay for annual subscription bundles. The subscribers get incentives when they recommend a new subscriber, and the network grows within communities of trust.

Although it worked similarly, White Sands was different in two main ways. First, it was an international scam. It had a clone in Yemen called ‘Super Likee’ that closed in January 2022. And one called ‘New Life 7’ in India, Italy, and the Netherlands, according to Investopedia Academy.

Despite the different names, their methodology and the value of the offered packages, the application’s structure, and the web page images were identical. 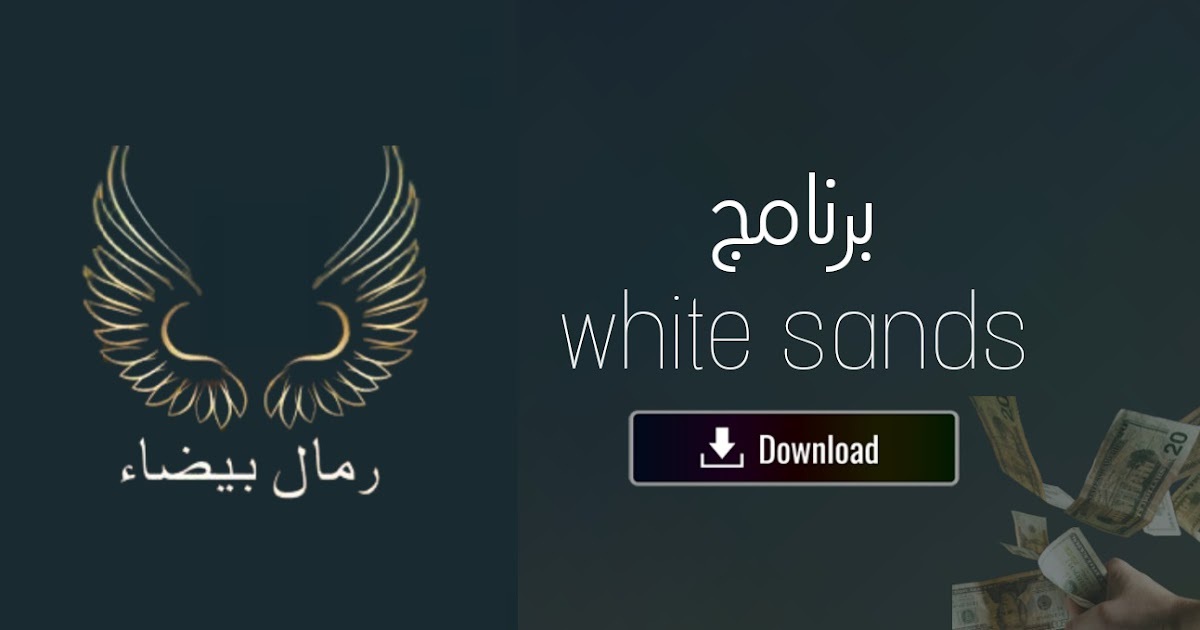 Secondly, according to what Egyptian lawyer Mohamed Al-Ghazali said in an interview, the funds were converted into encrypted digital currencies and smuggled abroad using the digital wallets of Vodafone Egypt, thus making this the first integrated electronic fraud case in Egypt. That is, the money transfers took place via electronic wallets belonging to the cell provider.

In a reply from Vodafone, the company said that it has the largest share in the e-wallets market and millions of customers, and that the presence of a few dozen complaints is considered normal due to a large number of customers and service users. The company also says that complaints are investigated as soon as they arrive.

Consequently, lawyer Hani Sameh filed a complaint with the Economic Court in front of the Seventh Circuit concerned with hearing cases of the Central Bank and the banking system to cancel Vodafone Egypt’s e-wallet license for committing violations that facilitated the White Sands scheme.

Furthermore, White Sands employed an online template available for sale to any group of people who can buy, reuse, and invite participants by lowering subscription prices in exchange for a cash profit, according to Information security specialist Walid Hagag.

According to a story published by Ahram Online, White Sands belonged to New York-based Omnicom — a global media, marketing, and communications company — according to Mohamad Al-Hadidi, 28, one of the application’s victims in Qaliubiya.

There are no legal cases against Omnicom in Egypt. The reporter also sent an email to the American company asking about the fact that the application was affiliated with it; nevertheless, there was no answer at the time of writing.

“There are two methods of profit. The first is the vertical tree system, in which each subscriber gets 15% of the subscription value of each new member and 5% of the subscription value of all remaining subscribers. The second way is to complete daily tasks, including watching and downloading a set of videos on YouTube channels or Facebook pages,” Al-Hadidi explained.

Mohamed Al-Waraki, 26 — a student in the third year of the Faculty of Law at Menoufiya University — said that “the website had six founding heads: Adam, Simon, Maya, Jessica, Elisa, and Julia. Each founder had five regional agents, followed by at least 30 agents. New clients would transfer EGP 3,000 with a discount of 5% through Vodafone Cash to the shipping agent, who would then transfer it to the regional agent with a discount of 7 to 9% of the amount after the discount, so that the founder would get about 14% to 15%.”

According to Al-Waraki, all the tasks — such as viewing or liking videos of cooking recipes, scientific discoveries, or even the Ministry of Interior’s pages — were a curtain to cover up the fraud operations.

“We were receiving instructions from fake agents who told us to attract viewers and users to interact with videos posted on YouTube channels,” he added.

Recently, other applications that work using this methodology have spread, including Lucky Deal, Amazon, Golden Rush, MB, Books, You Shop, and Viva, Walid Hajjaj — an expert on information security — says.

He added that these applications are expanding their reach thanks to chat groups on Telegram, noting that Telegram is an effective app in that regard because it allows the entry of a huge number of subscribers — up to thousands — unlike WhatsApp groups, which do not allow more than 250 people.

Registering names without the owner’s knowledge opens the way for exploiting electronic wallets such as Vodafone Cash. MH — a 30-year-old from Sohag who did not want to be identified — found three mobile lines in his name when he only registered one.

Al-Ghazali adds that “the matter is confusing,” since victims are both losing money and bringing in new subscribers, therefore collaborating in the fraud. Meanwhile, mobile companies are facilitating fraudsters’ access and the existence of mobile lines in the names of random civilians without their knowledge.

Information security specialist Yusri Zaki says Egyptians are exposed to this type of crime due to a lack of digital literacy.

“When you are using the Internet, you become exposed to the whole world, and then comes the role of electronic applications used for commercial or service purposes, and loopholes and breaches may occur to steal data. Here we need to raise awareness in increasing privacy to preserve data,” he said.

“However, the issue of blocking these applications by governments is difficult, because it is a relationship between the owner of an application and the person who downloads this application. Therefore, citizens must be educated to reduce risk and cybercrime rates.”

The right to reply

We contacted Vodafone, which reported that Vodafone Cash is a service provided by Vodafone to those who own a Vodafone line. It is an electronic wallet that is used in online financial transactions through smartphones.

“At Vodafone, we work through different campaigns and initiatives to educate our customers on how to complete any transaction through the wallet. We ensure through all our campaigns and the application to educate customers to maintain the confidentiality of their information,” a statement by the company said.

“Any transaction on the wallet does not occur except through the client’s full approval through a set of steps confirming the client’s acceptance of the process.”

“Concerning the steps to activate a Vodafone Cash e-wallet, the customer visits a company branch and submits their original valid national number to sign the original contract for the service and receives a copy of the agreement,” it explained.

“Second, a confirmation message is sent to the client confirming their subscription to the service and obliging them to create their own secret number to activate the service. There is technically no way to subscribe to Vodafone Cash without the customer’s knowledge.”

* This story was written and produced as part of a media skills development programme delivered by the Thomson Reuters Foundation The content is the sole responsibility of the author and the publisher.