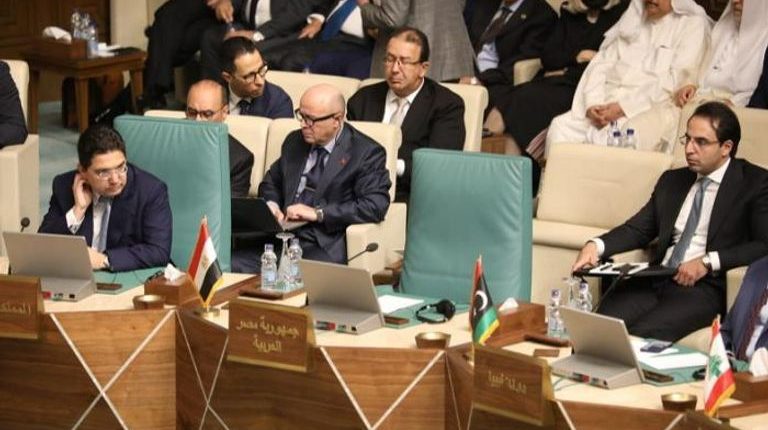 Egypt’s Foreign Minister Sameh Shoukry and his accompanying delegation withdrew from the opening meeting of the 158th ordinary session of the Arab League at the ministerial level, which is being held in Cairo on Tuesday.

The reason for the withdrawal was the assumption of Najla Al-Mangoush, the Libyan foreign minister in the outgoing government of Abdul Hamid Dabaiba, the presidency of the 158th session, according to Ahmed Abu Zeid, the official spokesperson for the Egyptian Ministry of Foreign Affairs.

Al-Mangoush assumed the presidency of the 158th session of the Arab league, from Lebanese Foreign Minister Abdullah Bouhabib, before a closed consultative session.

Before Tuesday’s meeting, a dispute erupted between the heads of the two Libyan governments, Fathi Bashaga and Dabaiba over the eligibility of either government to represent Libya within the Arab League, especially since Libya is the president of the 158th session of the Arab League.

“With this action, the Arab League violates its usual role of full solidarity with the state of Libya in its crisis and helping it to preserve its territorial integrity and recognize the Libyan government as the sole legitimate representative of the Libyan people,” Bashaga’s government said in a statement on Monday.

The Bashaga government also warned that “this step will call into question the integrity and legitimacy of the sessions held under the presidency of a body that impersonates legitimacy,” referring to the expected presidency of Al-Mangoush of the current Arab League session.

In the statement, the government considered that “these measures threaten the stability and unity of Libya and represent a bias to an expired political party that has lost legitimacy and legality.”

Libya is witnessing a conflict between two governments, the first is the government of Fathi Bashaga, appointed by the House of Representatives last March, and the second is the government of national unity, headed by Dabaiba, emanating from the Libyan dialogue forum, under the auspices of the United Nations, whose mandate expired last June.