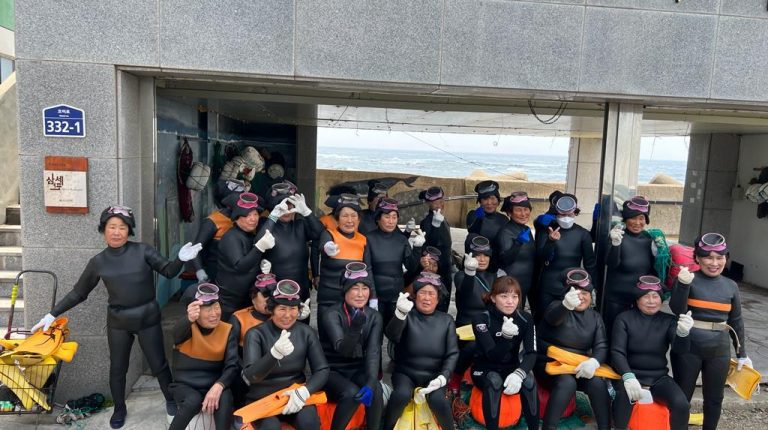 South Korea –Before the 17th century, women were not known as professional divers in Jeju and Pohang islands, South Korea. It was exclusive for men, with women just assisting them. But by the 18th century, everything had changed when women divers, known as “Haenyeo”, outnumbered male divers.

Haenyeo represents the strong spirit and will of women. Besides being a joy, the Haenyeo tradition remains a stable source of income for women who support their families.

The Haenyeo ladies catch octopus, abalones, and shellfish by hand, and their catches are sold for a high price. They wear the basic diving suit, with no oxygen tanks or modern diving equipment; to preserve the marine environment.

Unfortunately, the Haenyeo culture is steadily declining and the current sea ladies could become the last generation due to the growing industrialization culture.

Aiming to preserve this culture, the Haenyeo was added to the list of UNESCO Intangible Cultural Heritage in 2016 due to its unique history and for preserving the environment.

During a trip to S. Korea, Daily News Egypt visited the Pohang Haenyeo community –the second largest community with some 1,000 members– and listened to their stories. 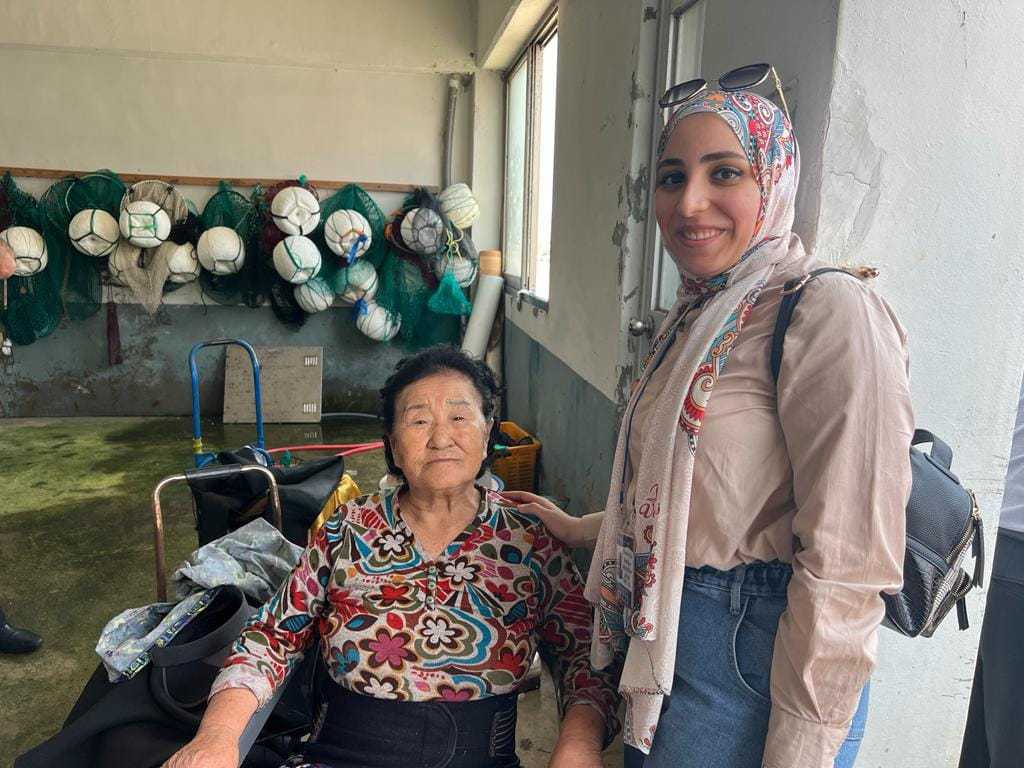 The Story of Oldest Haenyeo

Daily News Egypt listened to the story of the oldest known living Haenyeo in Pohang, named Cho Gu-Seok who is 82 years old.

“I started my career in Jeju Island. At the age of 10, I started swimming, then I started diving at the age of 15 in Jeju. My mother was Haenyeo also so I learned from her,” Cho Gu-Seok said.

“At the age of 20, I came to this place because in Jeju there was not much money to earn, so I came here by the seaside, and started to be Haenyeo here,” she continued.

She said that she had been fishing in Pohang for 60 years now, and that`s how she raised her family.

Talking about the most memory about the ocean, she said that she had not many memories but as she mentioned that catching Abalones, shells, and seaweed translates into money and that money translates into her raising the family.

“So I should say the memories will be me catching the Abalones. So that will be the thing that I can tell you,” she said.

A Day in Haenyeo’s life

DNE was eager to know how Haenyeo’s daily life goes, so CHO GU-Seok said that in the morning they had breakfast and checked the weather to ensure that the weather was good so that they could go diving.

She explained further that from 10 am until 2 pm, for four hours they swim, catch seaweeds, sea shells, mollusks, and other sea creatures from the ocean.

Then, they come out of the water and sit to break the shells, wash them and put them in a nice plate, then the merchant comes to pick up the seashells, then he sells them to local restaurants.

Cho Gu-Seok explained that the biggest challenge they face will be the weather because when the weather’s not good, they cannot go into the water. And for the month of June, they weren’t able to work that much, and were not able to go into the sea, because the weather wasn’t so fair. So then they would go to other nearby oceans, but they don’t have facilities like this so they don’t have any changing room, and it is unstable pay.

“I don’t know how deep we dive in the ocean, but my ears do hurt because of the high water pressure and sometimes I suffer from a headache. So, every time we go into the water we take painkillers,” she added.

No Males and No New Generation

CHO GU-Seok mentioned that she is the oldest in a team of about 40 women, stating that there are no new Haenyeo and that when the current generations die there will be no Haenyeo.

CHO GU-Seok explained that because back in the days women could not work in workplaces because of the mindset so it was agreed upon that women only go into the water that was the norm, so men did not do Haenyeo but they would have their ships and go out further into the sea and fish. So they just worked in different fields.

“There was low recognition of Haenyeo back in the days, people didn’t think that it was a fancy job maybe and city women don’t have the oceans nearby so they didn’t really have,” she continued.

Having no new generations in this profession let DNE ask about the skills needed for being a Haenyeo, CHO GU-Seok said that in order to become Haneyo, you need to learn swimming, and then you will have training for diving.

“There’s no fixed amount of time for the training, because depending on how good you are, it can be shortened. The period is decided case by case,” CHO GU-Seok said.

Trying to revive the Haneyo culture, CHO GU-Seok said that there will be a Haneyo school launched in October.

Aiming to pass on the tradition, and nurture the tradition of Haenyeo in Pohang, a 38 years old woman entered this career only three months ago. So DNE interviewed Sohn Eun-Kyung.

She said that her mother is a Haenyeo, so she decided to pass on her mother`s tradition and become Haenyeo herself.

“Back when I was younger, I was a baker, making cakes and so I was in a different job, and I lived in the city like my friends. Then, I decided to become a Haenyeo,” Sohn Eun-Kyung said.

“My mother did not tell me when I was a child how hard she worked, but she had been a Haenyeo for 40 years and she raised us and then as I got older, I got to know how harsh her life was.  I thought that I would like to pass on the tradition and become Haenyeo for myself because I wanted to continue the tradition and also honour my mom,” she said proudly.

She explained that the Haenyeo in Jeju are very famous, and listed in UNESCO. But in Pohang, they haven’t had that yet. So she thought that young people like her will pass on the tradition, and should nurture the tradition that Pohang has as well.

“So that’s why I got rid of my life in the city and decided to come back to my little hometown and to pursue the career of being Haenyeo,” Sohn Eun-Kyung said.

“As a Haenyeo for only three months, I don’t really have challenges yet because I only find it really funny and interesting,” she added.

Sohn Eun-Kyung explained that she is still into her training, mentioning that she has been a good swimmer all her life, but Haenyeo has to dive deeper into water, so she is currently training to learn how to do free diving.

“I also got a certificate for the rescue because sometimes accidents do happen for Haenyeo, So I thought I might be able to help with my rescue certificate,” she added.

Sohn Eun-Kyung mentioned that all these Haenyeo have done nothing but fishing all their lives. However, she does not work as Haenyeo only, but she tries to help them through taking photos and videos aiming to promote the Haenyeo culture.

“My dream is to keep this profession. I do want to nurture the tradition in many ways because when I free dive I see that there are many treasures hidden in the ocean, but there is also lots of trash. So I’m thinking of many ways to care for the ocean, and to nurture my mother’s culture and everything,” she said.

By asking her if she had children she might become afraid of raising them Haenyeo, she said that she already has twins and has taught them swimming ever since.