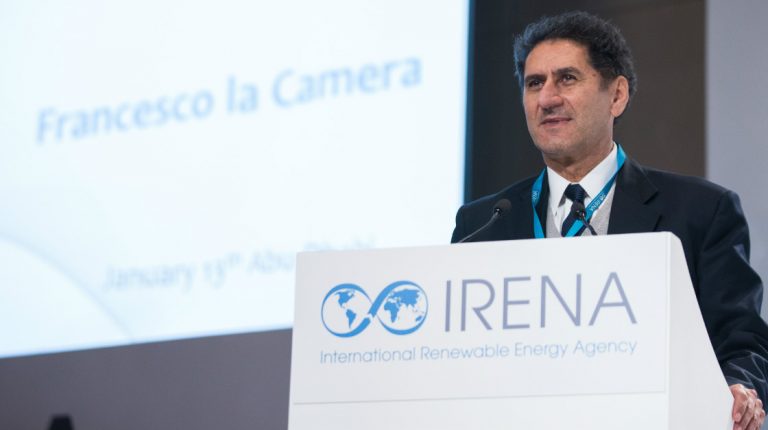 Francesco La Camera — Director-General of the International Renewable Energy Agency (IRENA) — told Daily News Egypt (DNE) that storage technology will be a priority in the coming period to ensure flexibility and balance in the renewable energy system.

He explained that renewable energy is intermittent and variable, and the interconnectedness of grids in countries makes the grid more flexible and balanced for storage.

La Camera also indicated that IRENA is cooperating with the Egyptian government in supporting the transition to clean energy and following up on many directions to establish water desalination projects using renewable energy and projects for the production of hydrogen and green ammonia.

He added that IRENA will present an integrated analysis and report at the upcoming UN Conference of Parties on Climate Change (COP27) that will be held in Sharm El-Sheikh this November on what is happening in the world to reach carbon neutrality by 2050.

“When we talk about projects, our initiative comes with a climate investment platform and financing for the renewable energy transition accelerator, which will have an important role in the COP27,” he said.

La Camera explained that the current economic crisis has proven that renewable energy sources are the most flexible and reliable and that governments must take investment decisions and immediate measures to promote clean energy and overcome the crisis.

He added that the countries of the world need $4.7 trillion annually to transform energy systems and stimulate the economy.

Furthermore, he said that energy generation from renewable sources and energy storage will be the pillar of energy markets in the future, and that it is necessary to develop heating and cooling technologies operating on renewable energy in parallel with raising the efficiency of energy use.

IRENA is seeking to accelerate the path of clean energy and reduce emissions in Africa, as 100 million people on the continent still do not have access to basic energy services, and the agency hopes to solve this dilemma in the coming years.