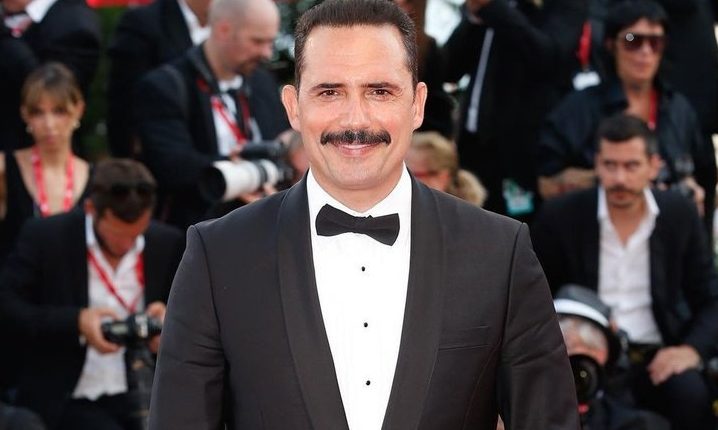 The 79th Venice International Film Festival concluded last Saturday, which witnessed a large number of films from different countries of the world. The Syrian film “Exodus” won the Audience Award.

The festival is very popular at the European and international levels, which made it one of the most important film festivals. Arab cinema has had distinguished participation in the previous sessions throughout the history of the festival, and some of them have won important prizes.

In contrast to previous years, when Arab participation was richer and more intense, Arab filmmakers are present in the 79th edition in person, but with fewer films.

This year’s session attracted many world-famous people, as it witnessed an Egyptian presence, but within the short film competition, in which director Kawthar Younes screened her film “My Intimate Friend”, and the film was shown in seven different shows.

Also from Egypt, the documentary “Land of Women” by Nada Riad and Ayman Al-Amir participated in the Final Cut workshop, which is witnessing two other Arab participations, “Sacrifice” by Kamal Al-Jaafari from Palestine, and “Arrested” by Maryam Al-Hajj from Lebanon.

In the same workshop, but in the category of narrative films, the film “Back Theater” by directors Afaf Mahmoud and Khalil Ben Qiran from Morocco, “Black Light” by Karim Ben Salah from Algeria, and “Inshallah Weld” by Amjad Al-Rasheed from Jordan participated.

The eighth Arab film, from Iraq, was “The Hanging Gardens” directed by Ahmed Al-Daraji, and it participated in the Horizons Competition for the “Additional Films” section. The film project was awarded the Final Cut Award in Post-Production, an initiative at the Venice Film Festival that aims to support films from Africa and the Middle East, and the film also won the Mercury Prize in 2021.

In the same section, the film “Exodus” by Syrian director Soudade Kaadan was shown, which revolves around Damascus in light of what Syria is witnessing now, and which won the audience award and saved the face of Arabs.

Also among the participating works that count for Arabs despite being produced by foreigners, in the “Horizons” section, is the film “For My Country” produced by France by Moroccan-French director Rashid Zim, and in the same competition the film “A Biography” by Qatari director Maqbool Mubarak.

In the Critics’ Week competition, the Moroccan film “Queens” by Yasmine Benkirane participated.

As for the Venice Finance Market, four other Arab projects participated, namely the Syrian documentary “Five Seasons of the Revolution”, the Egyptian feature film “The 67th Summer”, the Moroccan documentary film “Fatina”, and “A Woman Named Rashid” from Sudan.

Director Kawthar Younes’ film “My Intimate Friend” has sparked controversy because of its bold topic. That’s because the film belongs to a society where couples sometimes have to go to extreme measures to express their love for each other. That is why she chose to explore through her film how gender constraints our perception of who we are. The film takes a closer look at a couple motivated by love and challenged by traditional gender norms by asking: What if the tables were turned? And exchanged roles in this relationship?

In Venice, my joy was doubled after I was informed of the acceptance of the film at the London Film Festival as well, which starts in the first week of October, and my film “Exodus” is participating in the official competition. As for the participation in Venice, it came after a long round of ambitions for the film, where the film project had won the Baume Prize for Screenplay from Berlin, and then at the Cannes Film Festival won the ARTE Television Award. The film also received the Surfund Award, within the Cinéfondation Workshop, and was supported by the Turin Film Lab and the Doha Film Institute, as well as the British Film Institute through the “National Lottery” funding grant, and in this festival it won the Audience Award.

The 79th Venice International Film Festival witnessed a remarkable presence of Arab stars since the start of the session. More than one Arab star caught the eye by being on the red carpet at the festival or in the events, headed by Yousra and Hussein Fahmy, the president of the Cairo Film Festival, and director Amir Ramses, director of the Cairo Film and Media Festival, Raya Abi Rashid, and Kinda Alloush, as well as Tunisian star Dora, amid a strong presence of Arab stars in the festival activities.

Actress Kinda Alloush attended the screening of her movie “Exodus”, accompanied by Samer Al-Masry. Alloush caught the attention with her first public appearance after giving birth, as her film witnessed high praise from the audience after the end of its screening. Actor Amr Youssef was also present to support his wife Kinda Alloush at the festival and in the presentation of her movie “Exodus”.

The festival’s activities also witnessed the presence of other Arab stars, including Dhafer Al-Abidin, Haifa Al-Mansour, Sumaya Reda, Kawthar bin Haniyeh, and others.

The film “44 or Legend of the Night”, the most prominent Moroccan cinematic work, won the “Venice Ginty” award at the Venice Film Festival in 1985 for the best feature film 1985, a work successfully directed by Ahmed Bouanani. The film “A Record of a Disappearance” won the “Lion of the Future” award presented by the festival in 1996, directed by Elia Suleiman.

The Tunisian film “Bint Familia” is considered one of the cinematic works that also won a special mention at the festival in 1997, as well as the “Elvira Notari” award in 2003. The Lebanese film “Flyer of Paper” by Lebanese director Randa Chahal, won an important award in Venice Film Festival, the “Laterna Magica” Film Award for Peace, and was among the films that were nominated for the Golden Lion for Best Film. The Jordanian work “Theeb” also won the Best Director award in the “Afaaq” competition, which was crowned by Naji Abu Nowar.

The film “Wadjda” by Saudi director Haifa Al-Mansour also won an important award from the festival in 2012, where it won the “Fanir Cinema” award, the International Federation of Artistic Cinema Award, as well as being nominated for the Best Film award in the “Afaq” competition. And this film was not the only one that director Haifaa Al-Mansour submitted to compete at the Venice Film Festival, but she was also able, through the film “The Perfect Candidate” in 2019, to compete for the Golden Lion Award for Best Cinematography, and the film was starring Mila Al-Zahrani and Khaled Abdel Rahman.

As for the Arab films that competed for the Venice Awards, the movie “A Man in My Life” by Egyptian director Youssef Chahine is considered one of the first Egyptian films that competed in the festival for the Golden Lion Award in Venice in 1961. Samira Ahmed and Shukri Sarhan participated in the film, and it was written by Abdul Rahman Al-Sharqawi Wajih Najib. The film “Beirut Al-Multaqa”, directed by Burhan Alawia, also participated in the festival, and the film was nominated for the same award in 1981. The film “An Egyptian Story” by Youssef Chahine, which deals with his autobiography, was also nominated for the same award in 1982, and the work starring Nour Sharif.

The main square by Pedro Harris