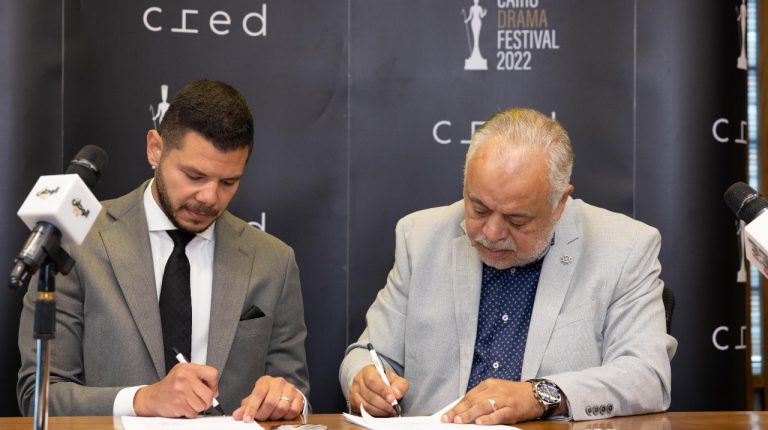 Real estate developer Cred Developments announced on Tuesday the signing of its sponsorship contract for the inaugural edition of the Cairo Drama Festival in the presence of CEO of Cred Developments Ahmed Mansour and Head of the Acting Professions Syndicate Ashraf Zaki.

The festival will be held on 21 September at the Al-Manara International Conference Centre in Al-Moshir Tantawy Axis in New Cairo and will be organised by the syndicate and headed by the iconic Yehia Al-Fakharany,

Cred’s decision to sponsor the festival comes as part of its interest and desire to support the cultural and artistic movement and goes in line with its belief in the importance of being part of the cultural and creative scene.

This is especially since drama is part of Egypt’s soft power that plays a role in shaping the Egyptian mentality and documents many of the events and causes that the country’s society is facing.

CEO of Cred Ahmed Mansour said that the company’s sponsorship of the festival is a result of its keenness to support and encourage the drama industry and its belief in Egyptian arts and culture, especially since the festival promotes the development of drama and evaluates the series’ presented throughout the year.

For his part, Zaki expressed his happiness with this sponsorship, pointing out that it reflects the private sector’s artistic awareness in all fields and levels and the importance of supporting such events that show Egypt’s soft power and the quality of the projects offered by Egyptian drama.

The inaugural edition of the festival will include a list of art and culture stars and Egyptian drama makers to evaluate the shows that aired during Ramadan, in addition to announcing the name of the winners in an awards ceremony. The awards will be determined by the Supreme Committee of the Festival and approved by the jury headed by the noble director Inaam Mohamed Ali.

It is worth noting that cred seeks to provide exceptional and distinguished real estate projects that meet their client’s needs, reflecting the recent changes that have occurred in the market in this period and relying on the expertise of the company’s officials, which includes 400 projects in Egypt and the Gulf’s countries over the past four decades.

This year, cred announced the launch of their Ever project, which will be built on an area of 40 acres in Sixth of October City, West Cairo, in partnership with the Urban Communities Authority in a distinctive strategic location directly on the 26th of July Axis next to Mall of Arabia.

The project consists of three districts; the first is an independent residential tower that contains 36 buildings with 500 housing units. The second is an administrative and commercial district located on an area of 20 acres, while the third sector of the project is a separate residential commercial hotel tower about 36 metres high with a total of 500 residential units.