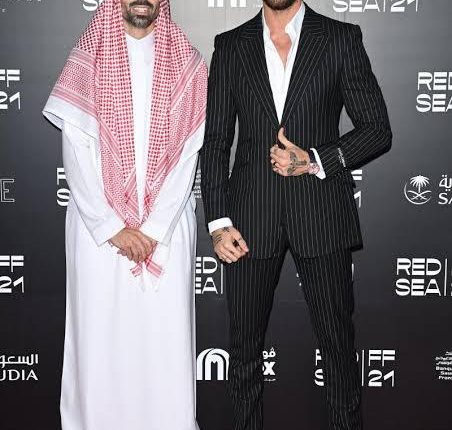 The Red Sea International Film Festival has a good reputation for its high artistic and cultural value. Although the festival was only launched in 2019, it has become one of the most competitive festivals in the Arab region and the world.

CEO of the Red Sea Festival Mohammed Al-Turki spoke to Daily News Egypt about the difficulties he encountered in preparing for the second edition of the festival, which will be held between 6-15 December.

He considered this period as the beginning of Saudi cinema. He noted that the Red Sea Film Festival aims mainly to support the Saudi youth and to empower women to enter the cinema scene.

Al-Turki was also optimistic about the future of cinema in the region, and asserted that nothing prevents the Saudis from competing globally in the film industry and producing films based on Saudi reality.

Why was the festival named after the Red Sea not Jeddah which hosts the event?

Well, after all, Jeddah is the bride of the Red Sea. This name was adopted because of its historical significance, as Jeddah was famous in the past for its sea and commercial port on the Red Sea, which occupies a special place in the hearts of city lovers, inside and outside the Kingdom.

– Do you expect that Coronavirus and Monkeypox would affect the festival’s turnout?

We ask God to protect us from viruses. We hope that the effects of Corona will end by the time of the festival so that visitors can enjoy a healthy and natural atmosphere. We do not expect that this will ever affect the number of attendees, as this was the case in the last session.

What are the difficulties you faced during the preparation for this year’s session?

Let us say that they are challenges, not difficulties. Of course, film festivals always face challenges of several kinds. But we have overcome them so far, and it even motivates us to do more, in order to fulfill the high expectations that the masses expect of us. We are working to incubate a large number of films that meet the audience’s taste, and we are preparing for a cinematic event that suits us as Saudis, as well as the regional and global audiences.

How do you see the festival and its ability to compete with other festivals?

We have made a name for ourselves in the region and the world, in a short time. We are now with confidence the most prominent international film festival in the region, and in the coming years we aspire to become one of the most important and prominent international film festivals in the world; along with Cannes, Venice, Berlin, Sundance, and others.

How did the festival select its honorees?

The honorees were chosen by a special internal committee with extensive knowledge of the history of cinema, and familiar with Arab and international artists.

There is a strong presence of films in this session. How did the festival attract filmmakers from around the world?

We are witnessing a new chapter in the history of the Kingdom, one that believes in the value of art and creativity in a framework that is open to the world and modernity, and everyone now wants to participate in this chapter, to see the Kingdom in its new form. On the other hand, we owe thanks to God for the generous support and procedural facilities provided to us by the state, and also to the efforts of our wonderful programmers, marketing and public relations team, who always work to meet the high standards that our festival adheres to.

Are there clear criteria for selecting the participating films?

Our programmers, in cooperation with special committees, select films based on several artistic, social, and cultural bases, the most important of which are the objective criteria of the presentation, new visions, the uniqueness of stories and issues, the quality of the visual and directorial treatment, and the good use of narrative tools. This is in addition to the importance of the films being compatible with our annual renewed slogan, as it is important to us that our festival presents unique stories and films that cannot be seen anywhere else.

What about censorship of participating films?

In accordance with the custom of international film festivals, we do not censor films. We adopt a film rating system that classifies films in accordance to age.

What is the element that takes up the largest percentage of the festival’s budget?

The goal of the festival in the last session was to present the “People’s Cinema” initiative, why?

We presented this community initiative in light of our commitment to spreading the culture of cinema among the different segments of society, and in light of the standards of encouragement, empowerment, and inspiration that we are also committed to towards the masses.

What is the biggest goal that the festival seeks to achieve this year?

Our biggest goal is to build on the success of the last session and provide an unforgettable experience to our visitors. This goal intersects with the upcoming movie list, as well as events, seminars, lectures, talks, honors, and concerts, attended by a diverse group of stars from all over the world.

There were some negatives witnessed by the festival last year, will they be avoided this year?

Forums that receive a huge number of people do not pass without comments that can be improved and developed, and we will certainly build on the success of the last session and work to address them, and we all hope that there will be no comments at all or that they will not be influential at least.