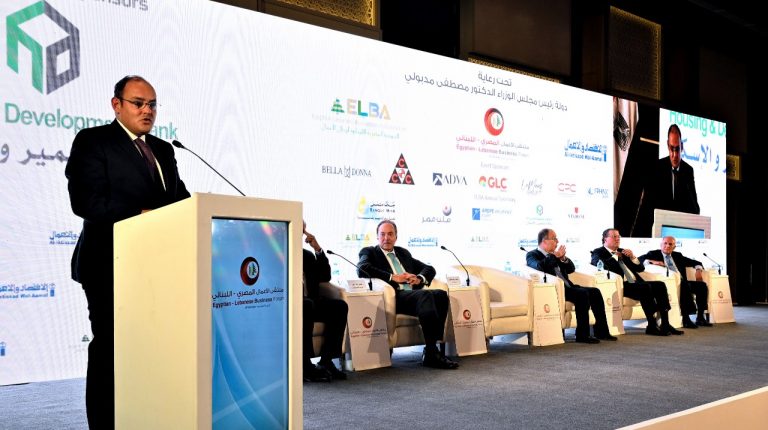 Minister of Trade and Industry Ahmed Samir affirmed on Monday Egypt’s keenness to support economic cooperation with the sister country of Lebanon in all commercial, industrial, and investment fields.

He pointed out that there are distinguished investment opportunities for business circles in the two countries to establish partnerships and joint investments; benefit from the potential of the Egyptian market; and expand to the Arab, European, and African markets, especially in the fields of construction, agriculture, energy, and technology.

This came in a speech the minister delivered during his participation in the meeting of the sixth session of the Egyptian-Lebanese Association for Businessmen.

Furthermore, Samir said that the ministry is keen to enhance trade exchange between the two countries based on the principle of enhancing common benefits and mutual gains and overcoming any obstacles or challenges that prevent the flow of Lebanese exports to Egypt, which contributed to an increase in the value of Egyptian imports from Lebanon by 71% to reach about $228.5m in 2021, compared to $133.8m in 2020.

He noted that Egypt has always been keen to strengthen its presence in the Lebanese market and meet the needs of Lebanese citizens with products that combine quality and a competitive price, adding in this context that the growth of exports between the two countries contributed to the development of the volume of trade exchange to reach about $579.5m, compared to about $427.8m — an increase of about 35.4%.

Additionally, he pointed out that Egypt is opening its arms to Lebanese investors to invest in their second country, Egypt, as Lebanon came in 13th place as the largest investing country in Egypt with total investments of nearly $1.28bn, pointing out that the investments of Lebanese companies in the sector are concentrated in the financial, services, and real estate sectors. There are about 1,904 Lebanese companies in Egypt.

Samir also explained that there are real opportunities for joint investment and achieving mutual benefits in many areas, especially in light of the support of the two governments to investors, pointing to the importance of activating the role of various business organisations in the two countries to mobilise energies and capabilities and introduce available cooperation opportunities, especially since the private sector is the locomotive of growth.

Finally, he added that the Egyptian state is following with interest the developments of the current economic events, expressing his hope that the imminent conclusion of Lebanon’s agreement with the International Monetary Fund will contribute to supporting the efforts of the Lebanese government to help the country overcome the current challenges in a manner that enhances the procedures for naming the new elected representative government.