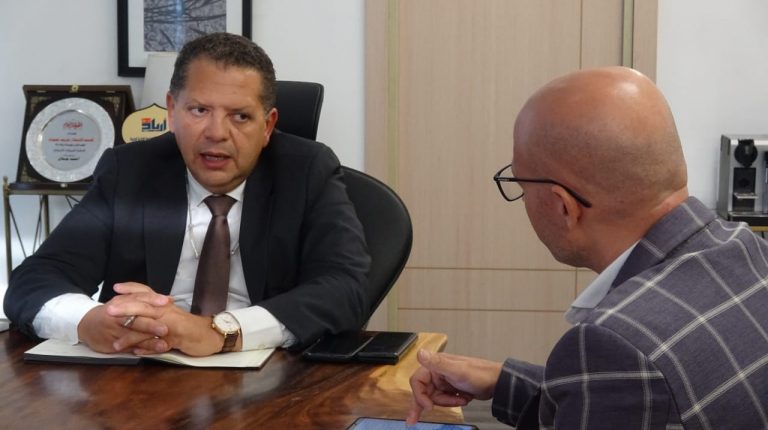 GV Developments is negotiating with a banking alliance to obtain a loan of more than EGP 4bn to finance the Tarboul Industrial City project, where the company is considering benefitting from different financing tools to secure finances and enhance its financial liquidity, such as debuting on the Egyptian Exchange, issuing green bonds, securitization, and sukuk.

Sherif Hamouda, Chairperson of GV Developments, said that the value of the company’s construction contracts amounted to about EGP 30bn until 2024, of which about EGP 800m have been executed so far.

He added that GV has taken steps to confront the price rise crisis, including adjusting pricing, and postponing the presentation of some stages or targeted projects within the expansion plan, until the vision becomes clear, and dealing in projects whose economies bear the cost difference and the risk factor.

He pointed to changing the implementation strategy by setting the start and end date of project development, and then the company resorts to bank financing, as the biggest risk faced by real estate development companies is the extension of project implementation periods.

He explained that the company has postponed the proposals for the Karir project, the Kattameya project, and the new stages of the White Sand project, The Medical Administration in Nasr City, and the Sports Club in New Cairo.

He said that GV raised the prices of its products by 10-20%, according to each stage of each project, based on the cost and market study.

Hamouda added that property export accounts for about 40% of the company’s total sales, especially in the White Sand project and Tarboul Industrial City.

He explained that GV signed two agreements, one with an English company specialized in hotel designs, and another company in the field of hotel management, in order for GV to be their agent in Egypt. He pointed out that the company owns a hotel in the Port Said project and a hotel in the White Sand project in the North Coast, with investments of EGP 1.25bn.

He said that Creo Developments is undertaking the implementation of a red meat slaughterhouse project for the benefit of the Egyptian government, and it is one of the company’s main projects as it is implemented in all governorates, and the project’s investments range between EGP 3-4bn.

He added that the company is implementing the project not only within the framework of contracting, but within a plan to develop the industry itself, especially with the participation of several government agencies, including the ministries of health, local development, environment, and housing, in addition to the governorates and the Food Safety Authority, with the aim of establishing an integrated system for meat production in Egypt.

He explained that the company is working on infrastructure projects to establish several national centres for dairy production, and CREO Developments has implemented several projects related to roads and infrastructure, including roads and bridges in Damietta governorate, as well as the governorate’s local administration building.

Hamouda said that the company signed a contract with one of the companies specialized in the fields of infrastructure worth EGP 550m, to implement the first priority facilities in the first phase of the Tarboul Industrial City project in Giza Governorate, where the company undertakes the work of the general developer of the project.

He added that four memoranda of understanding were signed with four international entities specialized in the field of infrastructure for the implementation of the Tarboul City project, including the agreement with Amarenco Solarize Egypt, according to which the French company invests $255m initially in the field of infrastructure and clean energy in addition to green hydrogen. In the first phase in the city, the company also signed a memorandum of understanding with Egis company for consulting, as part of a series of partnerships it held with a number of companies operating in different fields.

He pointed out that Tarboul is an integrated industrial city that includes 12 industrial areas, a commercial area, a residential area, and a hotel. It comprises a total of 15,000 industrial facilities, with areas ranging between 500 and 40,000 square metres.

He explained that the city includes industrial areas with various activities, including textile, marble, recycling, food, medical city, and warehouses, and it is planned to be implemented in 6 phases over 10 years.

He pointed out that one million square metres in Tarboul City were offered for sale to investors, and 200 plots of land with a total of 700,000 square meters were reserved for small industries.

Mahmoud El-Garf, a consultant for the Tarboul City project, said that work is underway to implement the recycling city within Tarboul, to make planned expansions of recycling factories in the Manshiet Nasser area.

El-Garf added that the GV received requests from investors to acquire 1,000 plots of land in the city, with a total area of ​​500 feddan, equivalent to more than 2 million square metres.

He explained that the total investments of Tarboul are expected to reach about EGP 1trn. The project is an integrated industrial environment that provides all the needs of factories and industrial investors.

He pointed out that the city of Tarboul will include a wholesale market on an area of ​​1.2 million square metres, similar to international markets, and the company is studying to repeat the experience of the city of Tarboul in a number of areas, most notably northern Upper Egypt, and the northern coast.

El-Garf said that the company aims to attract foreign companies to invest in the Tarboul city project to contribute to the marketing of the project abroad, where the project is an attractive element for foreign investors.

Hassan Ibrahim, Deputy Chairperson of GV Developments, said that the company is implementing a number of projects at the present time, including the White Sand project in the North Coast.

He added that the implementation of the Sheikh Zayed Villas project, which includes 112 villas, is underway, and the construction works have been completed within the first phase of the project, and the second phase is underway, which includes the final finishing works of the units. Units will be offered for sale by the end of this summer.

Ibrahim explained that the company is developing a housing project on an area of ​​67 feddan in New Cairo, comprising 1,500 housing units with areas ranging from 90 to 250 square metres per unit.

He said that the real estate sector is currently witnessing a number of challenges, most notably, the repercussions of the Russian-Ukrainian war, the high prices of building materials, the shortage of raw materials, as well as the interest rate hike, which represents an obstacle to the real estate developer, noting that the company is targeting increases in real estate prices by up to 15%.

He added that the GV is developing the White Sand project in the North Coast on an area of ​​200 feddans, with different products ranging from chalets, residential units and hotel units. The project’s investments amount to about EGP 20bn and the company has completed 30% of the project’s construction and plans to deliver 20% of the project’s units in the summer of 2023.

Ibrahim explained that the company is also developing the Creo City project on an area of ​​50 feddan in the North Coast region, with investments of EGP 7bn.

With regard to the company’s sports activity, GV Sports company focuses on developing sports clubs, and the company is studying the development of several sports clubs nationwide during the coming period, especially in Upper Egypt.

He pointed out that the company is implementing a sports club in the North Coast region on an area of ​​186 feddan, with a total investment of EGP 5bn, and the implementation rate reached about 10%. The company also prepares for launching a sports club on an area of ​​20 feddan in New Cairo to be developed in partnership with the Al Ahram Foundation.

Ali Gaber, head of the commercial sector at GV, said that the company relies on a variety of marketing tools, including marketing its products abroad by participating in foreign real estate conferences and exhibitions.

He pointed out that the real estate market is flexible and can withstand crises, but the market needs creativity and various real estate products that meet the requirements of customers.

Gaber said that the elements of investment worthiness for the real estate sector are represented in that Egypt is reaping the fruits of political, economic, and security stability, which enhances the strength of the market, and that the increase in Arab tourism rates led to the growth of real estate sales, in addition to the emergence of foreign investments in the sector with the economic improvement over the last years.