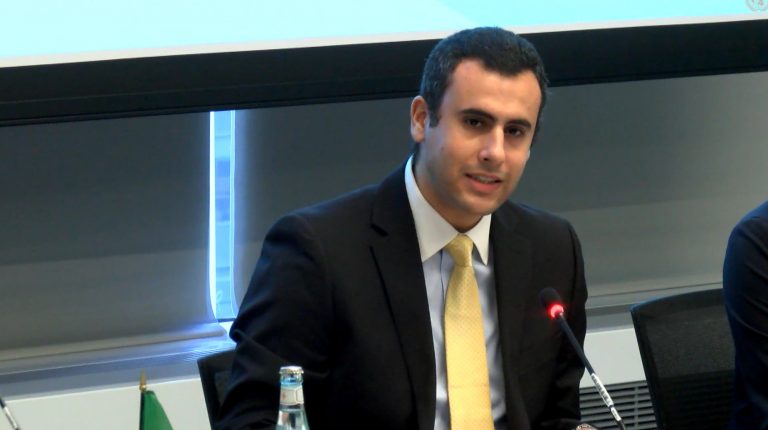 The Comprehensive Nuclear-Test-Ban Treaty Organization (CTBTO) Youth Group delivered a statement at the Tenth Meeting of the Friends of the CTBT in New York on Wednesday. It was prepared by Shizuka Kuramitsu of Japan and Ahmed Emad Elsabagh of Egypt and delivered by Elsabagh.

This high-level meeting is the tenth Meeting of the Friends of the CTBT, an event that occurs biennially on a rotational basis between Vienna and New York, and is coordinated by the Foreign Ministers of Australia, Canada, Finland, Germany, Japan, and the Netherlands. This year’s event is co-chaired by Japan and Australia. It was attended by the Prime Minister of Japan Kishida Fumio, Prime Minister of New Zealand, Jacinda Ardern, Executive Secretary of CTBTO Robert Floyd, and several other officials.

Elsabagh said that his colleague Shizuka, from Japan, has joined with him for one clear purpose – to put an end to nuclear testing.

“Our generation did not choose to live with nuclear weapons. Shizuka, born in Hiroshima, is involved in nuclear disarmament because she grew up listening to survivors of the bomb. I come from the Middle East, where several countries, including my homeland, are yet to sign and ratify the Treaty,” he stressed.

He indicated that the Middle East and North Africa (MENA) region has been synonymous with conflict and crises, but also a region of hope, as my dream of a Middle East nuclear test-free and WMD Free Zone has never faded.

Earlier this month, the General Assembly adopted a resolution establishing the UN Youth office, which makes it unmistakable that the role of youth is critical in advancing human development and advocating for peace and security.

Elsabagh called on all governments to extend further connections with the next generation, talking with, rather than at them.

“We are asking for more dialogue that looks beyond narrow geopolitical interests. When the CTBT was opened for signature in 1996, most of the CTBTO Youth Group members were not even born. But we are eager to finish what the CTBT has started—and we will keep searching for every opportunity to call for the CTBT’s prompt entry into force and universalization,” he concluded.