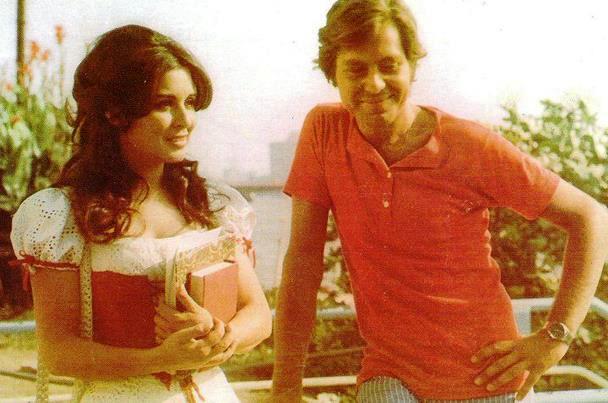 The Red Sea International Film Festival is collaborating with Arab Radio and Television Network (ART), the Egyptian ministry of culture’s investment holding company for cinema, and the Media Production City in Egypt to restore these legendary classic films, ready to be screened in their updated form as part of the Festival’s schedule.

The restoration project demonstrates the Red Sea International Film Festival’s commitment to the film industry as a whole, as well as its patrimony of Arab films.

Celebrating 50 years, the all-singing, all-dancing classic Watch out for Zouzou charms audiences with both a love story and social commentary. Set in the 1970s, Zouzou is a model student, popular with her peers and brilliant in class. But in the evenings, she dances and sings at private parties as part of her mother’s troupe.

She loves her work, but knows that if her professors and classmates find out about her after-hours job, they will be prejudiced against her and consider her scandalous.

However, when a new theatre teacher comes to her university, Zouzou is smitten. Here, finally, maybe someone who can understand, appreciate and support all aspects of her life.

The film is considered one of the biggest-selling Arab films of all time; the actors portraying the young lovers have achieved legendary status and have been held up as model romance.

The songs by Salah Jaheen and Kamal El Tawil are known by heart across the Arab world. The screening of this film at the Festival is guaranteed to serve as a hit of nostalgia and inspire a reflection on the present.

In Gharam fil Karnak, or Love in Karnak, a group of young dancers struggle to stay financially afloat.

The situation is further complicated by the rocky love affair between Amina, the lead dancer, and Salah, the troupe’s director – in which a series of misunderstandings almost lead to the couple breaking off their relationship.

The film holds legendary status in the history of Arab filmmaking: its restoration and screening serve as both an inspiration to future filmmakers and a testament to the long and established Arab film industry.

Antoine Khalife, Director of Arab Programs & Film Classics, commented, “We are proud to contribute to the restoration of two great masterpieces of Egyptian cinema, each of which had an unprecedented impact on spectators and on society. Souad Hosny is in the heart of the entire Arab population and the great choreographer and dancer Mahmoud Reda has made Egyptian dance shine throughout the world.”

The CEO of the Red Sea International Film Festival, Mohammed Al Turki, said of the film restorations: “This initiative demonstrates our commitment to preserving film heritage, as well as supporting the creation and development of new films. These restored Arab classics showcase some of the best of Arab film heritage and are bound to bring joy to audiences who are already familiar with the stories, as well as giving the films a new lease of life by bringing them to new audiences”.