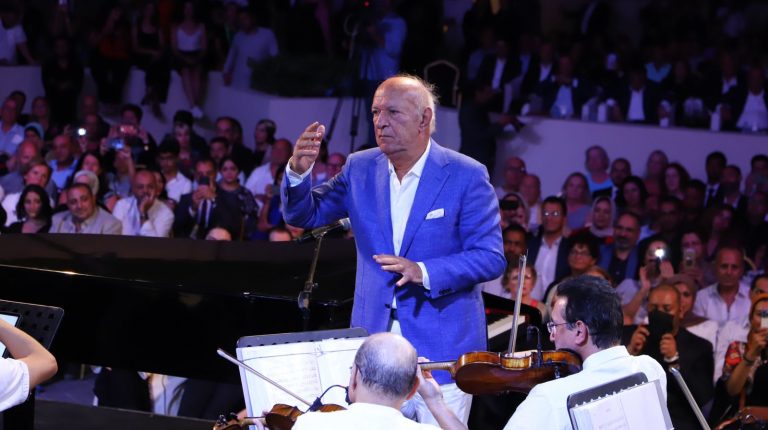 Minister of Tourism and Antiquities Ahmed Issa and Governor of Red Sea Amr Hanafi inaugurated on Saturday the first edition of the Al-Dau International Festival of Arts, organized by Al-Dau Development Company, at Al-Dau Art Promenade in Hurghada. The festival will last from 1 to 7 October in celebration of World Tourism Day.

Both officials inspected the art exhibition in which the works of the participating artists were displayed, highlighting cultures and arts of all kinds. More than 40 artists from different countries of the world participated in the festival, including the United States, Jordan, Tunisia, Uzbekistan and Saudi Arabia, along with a group of Egyptian artists.

During the celebration held in one of the tourist resorts in Hurghada, Minister of Tourism and Antiquities Ahmed Issa gave a speech in which he welcomed the attendees, wishing them a wonderful evening during which they would enjoy the music of the international Egyptian musician Omar Khairat, expressing his happiness for his presence in this wonderful event organized in the city of Hurghada. He stressed that this event highlights the role of the private sector in promoting tourism to various tourist destinations in Egypt and stimulating tourism to it.

It is worth noting that during the past few days, the artists participating in the festival flocked to Hurghada, where a series of workshops began, which lasted from 22-29 September.

The idea of ​​this festival is inspired by the historical role of the Red Sea in international trade. Al-Dau was an Arab sailing ship that served in trade and achieved exchange between cultures.This coincides with the idea and goal of the festival, which will make Hurghada a major destination in the convergence of cultures. Therefore, Hurghada was chosen to launch the Al-Dau International Festival of Arts.