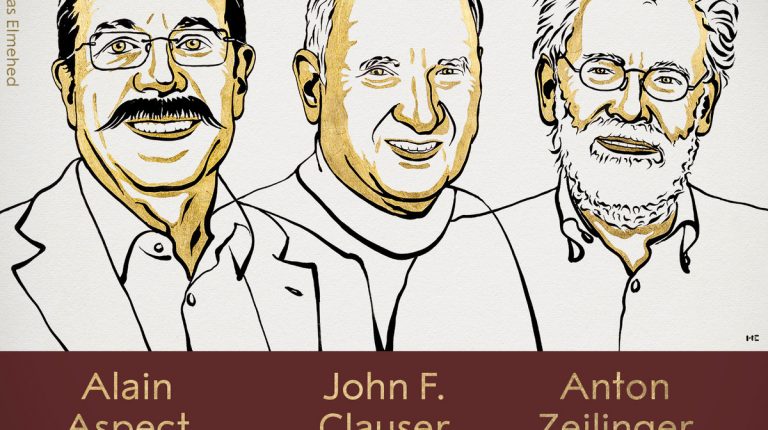 Three physicists have been awarded the 2022 Nobel Prize in Physics “for experiments with entangled photons, establishing the violation of Bell inequalities and pioneering quantum information science.”

On Tuesday, the Royal Swedish Academy of Sciences decided to award the 2022 Nobel Prize in Physics to Alain Aspect, John F. Clauser and Anton Zeilinger.

Using entangled quantum states, where two particles behave like a single unit even when they are separated, the work of the three scientists led to a clear understanding of the way for new technology based upon quantum information.

The committee explained that Clauser, designed a device that was able to emit two entangled photons at once, each shot towards a separate filter, to measure the degree of their polarization. The result of the experiment is a clear paradox of the Bell inequality, a validation of the predictions of quantum mechanics.

As for Alain Aspect, he developed a method to fill an important loophole. He succeeded in introducing changes to the conditions of the quantum measurements that follow the exit of a pair of entangled photons from its source so that the result of the experiment is not affected by the conditions that existed when the pair of photons were emitted.

While Anton Zeilinger’s research focused on quantum entanglement. His research team demonstrated a phenomenon known as quantum teleportation, which allows the transfer of a quantum state from one particle to another separate particle.