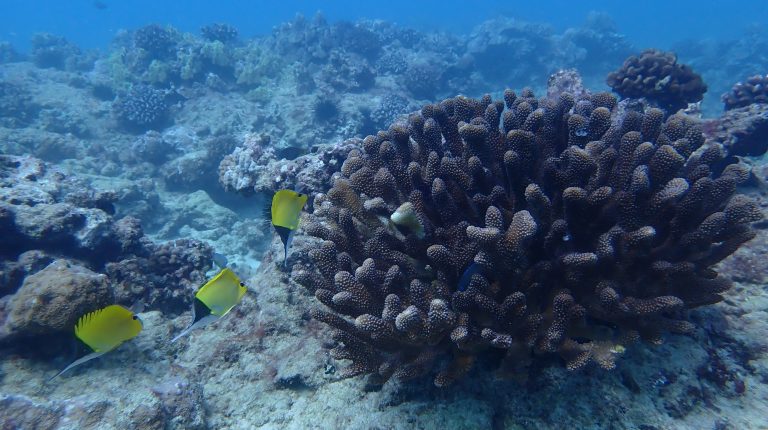 There’s more bad news for planet earth if climate change continues unabated. New research published on Tuesday in the open-access journal PLOS Biology by researchers at the University of Hawaiʻi at Mānoa, United States, reveals that, under a worst-case scenario, half of coral reef ecosystems worldwide will permanently face unsuitable conditions in just a dozen years.

The ability of ecosystems to adapt to changes within their environment largely depends upon the type and impact of their specific environmental stressors. Coral reefs, in particular, are sensitive to these unsuitable environmental conditions. However, the timeline for environmental suitability has been up for debate.

“While the negative impacts of climate change on coral reefs are well known, this research shows that they are actually worse than anticipated due to a broad combination of climate change-induced stressors,” said lead author Renee Setter, a doctoral student at the University of Hawaiʻi at Mānoa. “It was also enlightening to find that coral would face multiple stressors – posing an even greater hurdle and challenge that would need to be overcome to increase the possibility of survival.”

Setter and colleagues found that, under the business-as-usual scenario, 2050 is the median year where environmental conditions are projected to become unsuitable for the world’s coral reefs when looking at a single stressor. When multiple stressors are considered, the date falls to 2035. Additionally by 2055, it is projected that the majority of the world’s coral reefs (99%) would be facing unsuitable conditions based on at least one of the five stressors studied. By 2100, it is anticipated that 93% of global reefs would be under threat by two or more of the stressors identified by the researchers.

Co-author Erik Franklin, Associate Research Professor at University of Hawaiʻi at Mānoa, said: “We know that corals are vulnerable to increasing sea surface temperatures and marine heat waves due to climate change. But it is important to include the complete anthropogenic impact and numerous stressors that coral reefs are exposed to in order to get a better sense of the overall risks to these ecosystems.”

“This has great implications for our local Hawaiian reefs that are key to local biodiversity, culture, fisheries and tourism,” he added.

The research team is now preparing to enter the next phase of their work. They will take a closer look at how climate change is projected to affect individual coral species. By identifying which species are more likely to survive unsuitable conditions and which may be more vulnerable, the team hopes to better understand which species may be more at risk to future stressors.