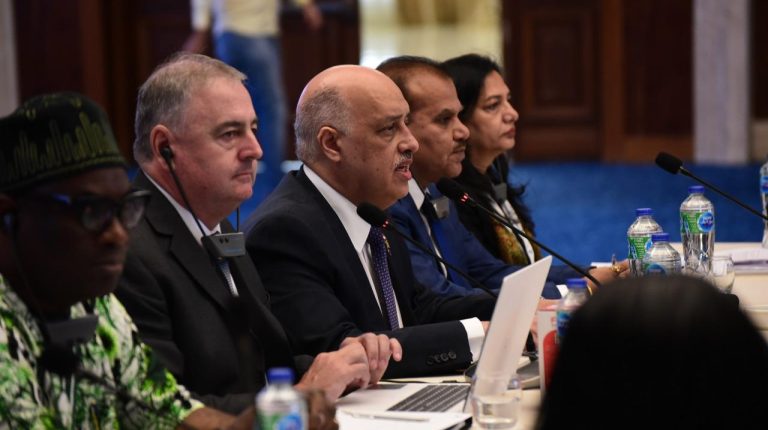 Egypt hosted the meetings of the Board of Directors of the International Cooperative Alliance in Africa (ICA-Africa), which were held from 15 to 16 October in the New Administrative Capital.

Egypt’s Minister of Housing, Utilities, and Urban Communities Assem El-Gazzar is planned to assume that presidency in appreciation of Egypt’s housing cooperatives’ leadership in the continent.

During the AMCCO, the country will present the contracting companies operating in the Egyptian and African markets, market Egyptian products, and discuss how to achieve integration and cooperation between various cooperative activities between participating countries.

This is the first time the AMCCO is being held in Egypt. It is also being held in tandem with the fourth International Conference for Cooperative Housing- (ICCH22) that will run under the theme ‘Growing Africa Together,’ all under the auspices of Egyptian President Abdel Fattah Al-Sisi.

The AMCCO is also being organised by GV Developments with the aim of discussing prospects for communication with cooperative organisations at the regional and international levels and to achieve the economic and political dimension through interaction with African countries. The conference also aims to exchange experiences in cooperative systems between participating countries.

The agenda of the conference is scheduled to include many events, including scientific seminars and field visits for the participating delegations, in addition to discussing cooperative issues and how to benefit from international experiences in the various fields covered by the cooperative movement at the international level.

An accompanying exhibition will also be organised containing many pavilions that will showcase a number of projects of the General Authority for Construction and Housing Cooperatives in different governorates, along with many cooperative experiences in a number of countries participating in the conference.

Chairperson of the General Authority for Construction and Housing Cooperatives Hossam Al-Din Mostafa Rizk said that the authority is working to prepare well for the conference to promote the efforts of the Egyptian state and to present the achievements of the authority in all governorates over the past period.

Rizk added that the conference is witnessing unprecedented support from the political leadership to introduce Egypt’s national projects and what the state entrusts to cooperatives in various fields in accordance with standards of international cooperative organisations.

For his part, Chairperson of GV Developments Sherif Hammouda stated that Egypt’s hosting of the AMCCO is a culmination of its efforts to achieve urban development over the past eight years, as the state succeeded in cooperation with the private sector in establishing new integrated cities all over the republic.

Hammouda also highlighted the importance of the conference in promoting achievements witnessed by Egypt at the level of all economic activities, noting that it is an opportunity to transfer Egyptian expertise in urban development to the rest of Africa.

Additionally, the AMCCO will honour the best five cooperative projects on the continent in the opening session, representing North, East, West, South and Central Africa.

Moreover, on the side-lines of the conference, the first training programme to qualify African leadership cadres in the field of cooperative housing will be held with the participation of many representatives of housing cooperatives in African countries under the sponsorship of the Egyptian Ministry of Foreign Affairs through the Egyptian Agency of Partnership for Development.