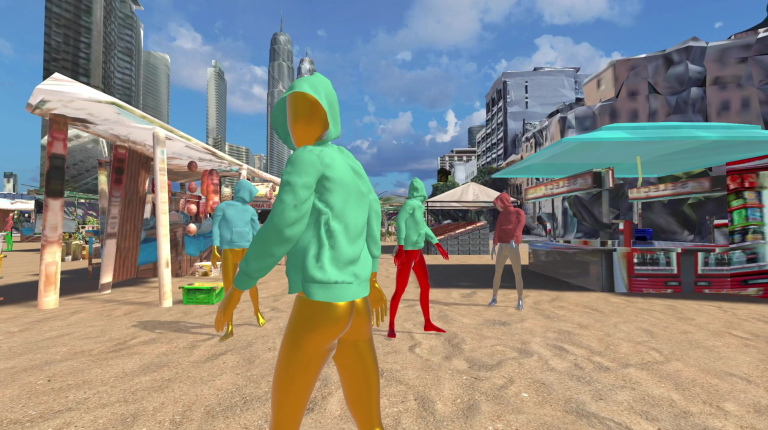 From 20 to 23 October, D-CAF’s special events program will present workshops, screenings, and performances shedding light on dance and theater in all their forms. The events will explore the intersection of live performance and new media, alternative forms of theater, and how artists can push the boundaries of genre and discipline to create memorable works defying all expectations.

On 20 October, award-winning Danish theater-maker Jesper Pedersen will lead an insightful playwriting workshop, based on the experience of co-creating Cook: a deliciously creative performance with no rehearsals, no directors, and a tasty side of philosophical inquiry. The workshop is open to eight writers, directors, performers, and actors who will learn to create experimental stage work that completely reworks the rules of theater. Pedersen will guide participants in the process of using games, interaction, and narrative to create a unique and memorable experience for audience members.

Workshop: Cook will be held on 20 and 21 October at Studio Emad Eddin. Each session will start at 6pm and last for a duration of four hours.

On 21 October, theater aficionados can look forward to a fantastic Physical Theater and Performance workshop, led by Rachel Griffith and Steve Tiller. In collaboration with the British Council Office in Gaza, this workshop will offer participants a comprehensive introduction to the methodology of renowned Russian theater-maker Konstantin Stanislavski and to the field of Movement Theater. The workshop will privilege physical over verbal instruction, and draw from the work of celebrated figures like Jacques le Coq and Ben Bennison, to create new and innovative forms of expression.

The Physical Theater and Performance workshop will be held from 21 to 26 October at Victoria Rooftop House. Each session will run from 10am to 6pm.

The evening of 21 October will see yet another highlight of D-CAF’s Special Events program: the spectacular Beyond Dance showcase, featuring two screenings and a live streamed performance reflecting on dance in all its forms, its potential for empowering marginalized communities, and its intersection with new media and virtual reality.

The evening will kick off at 6pm with the moving documentary Searching for Tarab, directed by power duo Sandra Gysi and Ahmed Abdel Mohsen. The film follows two Swiss dancers’ travels between Cairo and Geneva, and the highs and lows paving their quest for the true sound, meaning, and musical essence of the titular genre, tarab.

The second screening of the evening will start at 7:30pm: Haytham Sherif’s eye-opening documentary, Characters of our Nether World. The film is an intimate portrait of the exceptional Ayman Farghaly, a wondrously talented stonecutter, dancer, and sculptor, whose various disabilities never stopped him from mastering a multitude of artforms.

At 9pm, the night will close with a bang, with the groundbreaking show Cosmogony, created by the Swiss Compagnie Gilles Jobin. The show features three dancers whose movements are motion-captured live at the company’s studio in Geneva and screened in real time, 7000 miles away in Cairo. The dancers appear as avatars before a live audience, acting as the puppeteers of their own bodies. Their mesmerizing dance unfolds to the droning tunes of Swiss band Tar Pond, inviting viewers on a surreal journey beyond the boundaries of space and time.

Beyond Dance will take place on 21 October at the Swiss Development and Cooperation Agency (SDC) Villa in Garden City. The event will run from 6 to 10pm, and will be followed by a Q&A with the artists.

The excitement continues on 22 October, with Adam Shalaan and Alexandre Roccoli’s stunning show Long Play. Conceived as a three-hour loop, this music, dance, and interactive performance celebrates the power of dance as ritual, the strong link uniting dancers, and the exceptional beauty in being oneself together. Long Play, Cairo is a new version of the performance, born from the unique sounds, movements, and constraints of the capital; and will premiere at D-CAF 2022.

Long Play, Cairo will be shown at Startup Haus on 22 and 23 October. Both shows will start at 2pm.