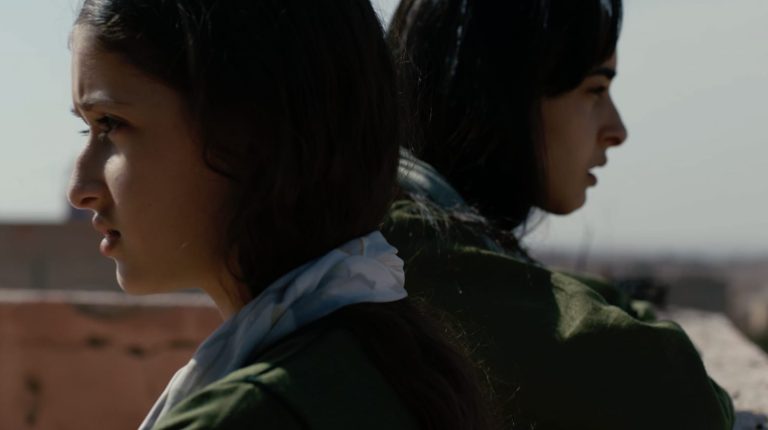 Shorts Competition, the exciting programming strand of the Red Sea International Film Festival (RedSeaIFF), today announced the first selection of its 13-strong programme of short films which represent Arab cinema at its most enthralling, poetic and entertaining all told in a matter of minutes. The second edition of the festival is set to take place from 1-10 December in Jeddah, nestled on the eastern shore of the Red Sea,

The Red Sea Short Competition selection this year offers filmmakers from diverse backgrounds and different countries across the region the opportunity to present new narratives around life in the Arab world that are both innovative and authentic. The slate of shorts, many of which are world premieres celebrates the best short filmmaking from across the region.

Antoine Khalife, Director of Arab Programs & Film Classics at the Red Sea International Film Festival, said: “The young Arab directors have utilised innovative and creative techniques to tell stories by attaching themselves to their parents, to their community, and the absurdity in which they evolve. This exceptional selection is a temperature check on filmmaking in the Arab world, presenting stories that are both touching and also offer a hard look at our society. The diverse array of films is a window into the Arab region and a wonderful way for Arabs to connect to their homeland. All in the competition this will be a hard category to judge, all the shorts are fresh, contemporary and vital.”
Sisters of the Rotation written and directed by Gabriel and Michel Zarazir from Lebanon follows Sister Zeina who lives a contemplative monastic life at the Sisters of the Rotation’s convent. She realises that she is living a lie which forces her to revolt to the extreme, thus causing the balance to be broken without her knowing it. Because in everyday life, there is a natural balance that must be kept and a small change can easily upset the ecosystem.

Warsha directed and written by Lebanese filmmaker Dania Bedeir follows a Syrian builder in Beirut who decides to replace a colleague who died in an accident in a towering, hazardous crane. High above the city, away from prying eyes, he experiences the freedom no one grants him elsewhere.

In the Long Run, directed by Yemini director Youssef Assabahi. Set in the historical Old City, of Ibb, Yemen. In the Long Run, is built around a simple premise: Out of bread and burdened by the nearing arrival of guests, a housewife sends her child to buy bread before lunch. As Seven-year-old Ahmed runs through the alleyways, his wonderous journey becomes both a delicate observation of the familial community of Ibb and an intimate voyage through the Old City’s endangered architecture and beautiful landscape.
On My Father’s Grave, written and directed by Moroccan filmmaker Jawahine Zentar, follows Maïne and her family on a journey to a Moroccan village with the coffin of their father. Tomorrow, the men will bury him and the women will wait at home. But the young girl takes a very dim view of it and intends to lead her father to his final resting place.
Earth is Weeping, its Water are Tears written and directed by Iraqi filmmaker Mohammed Alghadbhan is the story of Majid, a 30-year-old man who has suffered since childhood with psychological problems which prevent him from crying. His work in an elderly home provides him with an opportunity to see if any of the upsetting situations he faces can move him to tears.

Naima’s Movie is directed, written and produced by Sudanese-Moroccan filmmaker Sami Saif Sirelkhatim. The short film is through the eyes of Amir, a storyteller who makes a film to honour his childhood nanny’s life, Naima, and their close bond.
Zoo, the latest short from Jordanian director Tariq Rimawi, follows a lonely young boy Sami looking for his football in the worst zoo in the world. On his quest to find a safe place to play, he becomes friends with a little tiger Laziz. But the remnants of war harbour danger.

The Last Displaced directed by Iraqi filmmaker Muhannad Al Sudany follows Wisam, a soldier in the Iraqi counter-terrorism service, who had left his child during the war. As fate decides, he happens to find a child alone. Wisam’s fellow soldier gets killed by a sniper, and thus, Wisam gets trapped inside the house with the starving infant, the sniper, who killed Wisam’s fellow soldier, turns out to be a 17-year-old girl who wants her child back.

Night Shift by pioneering Emirati filmmaker Ali Mostafa is the horror story of an ambulance worker who encounters a vampire during his night shift. He now must do everything he can to save the lives of those the vampire seeks to destroy.

Kroka directed by Jordanian filmmaker Samer Battekhi, Kroka follows Yomna, a young passionate art enthusiast, directing a revolutionary play to prevent Mr Ameen from taking control of the last theatre, the theatre she works in after witnessing that Khalil, the theatre owner has sold himself to become a Brown Suits member, an old-fashioned greedy middle-aged group who control all the theatres in town.

Keratin Day written and directed by Samy Tili from Tunisia takes us to a barbershop for Keratin Day. No shaving of beard or regular haircuts, only magic products are on the agenda. In this purely male universe, it discusses football, sex, and politics, until the entrance of a beautiful woman disturbs the established order of the salon.

Koora written and directed by Ziyad Alzahari from Saudi Arabia is set in one of Riyadh’s rural neighbourhoods. The short follows two children who sneak into one of the neighbour’s houses whilst the owner Abo Naif is out trying to get the children’s ball back. However, the children are not in the home alone, he has accidentally locked his unstable wife in the house too.