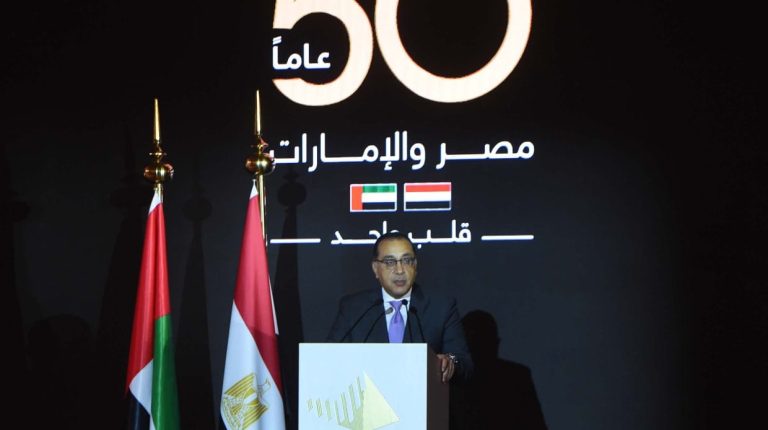 Prime Minister Mostafa Madbouly said that the 50th anniversary of Egyptian-Emirati relations is an opportunity to further strengthen ties between the two countries.

During his speech at the 50th anniversary celebration on Wednesday, Madbouly said that the UAE’s direct investment in Egypt reached $4.6bn during the first nine months of fiscal year (FY) 2021/22, ranking first among countries that pumped FDIs in Egypt, with a share of about 29% in general, and 72% among Arab countries.

He added that remittances from Egyptians working in the UAE rose to $3.3bn during the same period.

The goal of bilateral relations is to establish the pillars of safety in the region through joint action and mutual support in crises. This is the role that the UAE has played with all Arab countries in times of crisis, including the Coronavirus crisis and geopolitical tensions, he added.

Madbouly pointed out that work is underway to increase the trade exchange between the two countries by concluding a number of deals to prevent double taxation in transactions.

Within the framework of Egypt’s State Ownership Policy Document for partnership with the private sector, more cooperation will be witnessed between The Sovereign Fund of Egypt and Abu Dhabi’s ADQ, he added.

Madbouly stressed the availability of opportunities for the Egyptian and Emirati private sectors to cooperate in the green energy, service, digital transformation, communications, technology, industry, and agricultural production sectors.