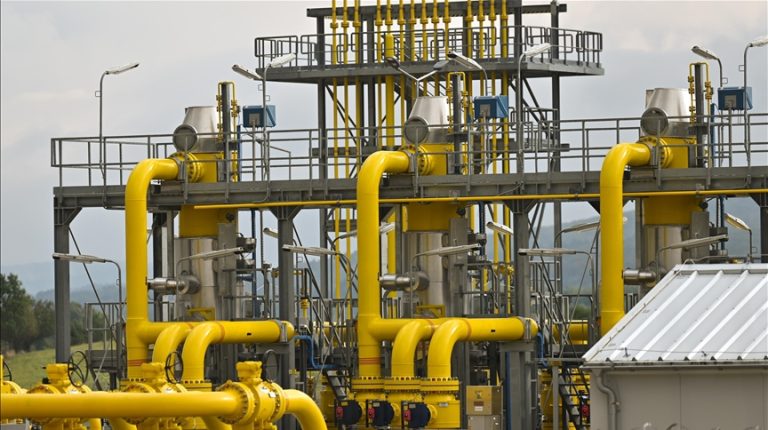 After two years of negotiations between Israel and Lebanon on the demarcation of the maritime border, the two sides announced that an agreement had been reached, which everyone described as historic. In fact, this agreement contains many paradoxes that put it in a completely different position from any other agreement between Israel and any other Arab country.

The most important of these contradictions is that the agreement was signed even though the two countries are officially in a state of constant war and the Israeli air force carries out almost weekly flights over the capital, Beirut. Even the land borders between the two sides are still witnessing clashes from time to time, in addition to the fact that those borders have not been agreed upon, especially concerning the Shebaa Farms area.

More importantly, the two governments that signed the agreement, whether in Israel or Lebanon, do not have a constitutional or legal basis for signing. This is because Israel is in a transitional phase, and Lebanon suffers from a constitutional vacuum and government paralysis.

It is also a controversial irony that the one who approved the agreement and blessed it in Lebanon is the leader of the so-called Lebanese resistance, Hassan Nasrallah, who appeared with a wide smile after signing the agreement, describing the file of maritime border demarcation as a “national wedding.” He added, “When the Lebanese officials say and His Excellency the President announces the official position in favor of understanding, then concerning the resistance, things will be accomplished.” He also added, “From the beginning, we decided to stand behind the state on the issue of Lebanese demands, and I always said we want to eat grapes and extract oil.”

Here, Nasrallah put his constant slogan of “throwing Israel into the sea” behind his back, saying that he has no problem in agreeing with Israel as long as it fulfills Lebanon’s demands, adding that what concerns him is extracting oil and gas from Lebanese fields. Thus, at a moment Nasrallah forgot the principles and constants of the resistance to his only historical enemy, Israel, and suddenly discovered that he had no problem with this Israeli entity.

The agreement was supposed to happen a long time ago, but unfortunately, the agreement was reached only after Hezbollah supported it and even negotiated through its allies to complete it.

Everyone in Lebanon understands that the agreement would not have been concluded without the consent of Hezbollah. More than that, everyone realizes that this agreement achieves a great interest for Hezbollah, which released the agreement, as its timing serves the party’s internal and regional political agendas, and represents a breakthrough that the party has been working on since the decline in its results in the legislative elections.

As for Israel, this agreement is a real gain. This is because Israel is the only country that has broken the most important conditions for joining the United Nations, which is the obligation to announce the demarcation of its regional borders! Accordingly, any process of demarcation of its borders consolidates its existence. Therefore, Israeli Prime Minister Yair Lapid was clear and frank and said: “This is a historic agreement that will enhance Israel’s security, inject billions into its economy and ensure the stability of our northern borders.”

Hezbollah and its leader’s blessing of this agreement are also considered an official recognition of Israel by the Lebanese state.

Despite this, until the present moment, Hezbollah still prohibits direct negotiations with Israel and considers it and the United States the Great Satan. But he decided to be more pragmatic and endorse this agreement after realizing that it was the only way out of Lebanon’s severe crises, of which Hezbollah itself was one of the main causes.

Hezbollah’s motives for blessing the agreement are clear, and they are as follows: First, to have a source of funding with which it continues to control Lebanon and control its various security and political aspects. Secondly, for the Lebanese to feel that the party is the main reason for the country’s access to gas, and they do not demand in the future to know where the gas revenues are spent. Third, and most importantly, the issue of funding has become urgent for Hezbollah and its leadership, in light of indications that Iran will not be able in the future to secure the party’s needs and weapons.

Hezbollah is well aware that the Lebanese living and economic situation is catastrophic, and that addressing it has become the absolute priority for the Lebanese in general, but the real problem is that what happens should be with the approval and blessing of Hezbollah only.