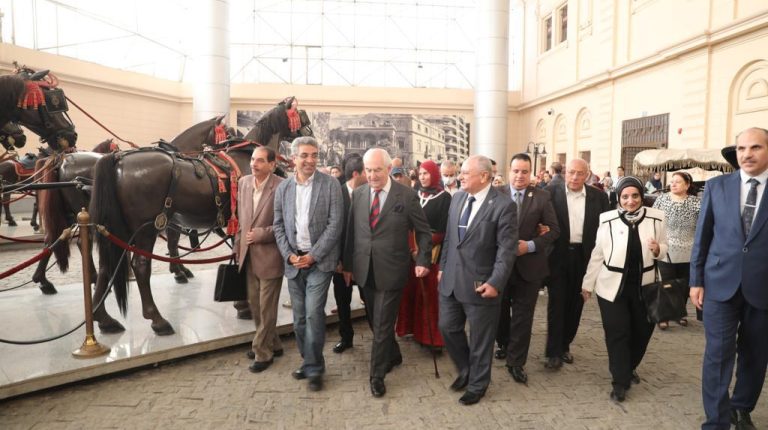 To celebrate the two-year anniversary of the opening of the Royal Chariots Museum in Bulaq, which falls on 31 October, Moamen Othman — Head of the Museums Sector at the Supreme Council of Antiquities — opened two permanent exhibition halls after enriching them with many distinguished artifacts.

Othman said that the first hall includes a group of antiques and jewellery that belonged to the Alawite family, some of which are being displayed for the first time.

He pointed out that among the most prominent of these pieces is a couch that belonged to King Farouk and was kept in Al-Jawhara Palace Museum, the jewellery of Queen Farida, a gold tray inlaid with diamonds belonging to Empress Eugenie, and oil paintings.

For his part, Ahmed Al-Sabbagh — Director-General of the Royal Chariots Museum — said that the second hall includes a group of distinguished pieces, including a salon dating back to the era of Louis XV; a group of oil portraits of Muhammad Ali Pasha, Ibrahim Pasha, and Khedive Ismail; and a bust of Khedive Ismail and other kings.

The celebration also included the opening of an art exhibition that includes a collection of oil pictures from Queen Farida’s works, in addition to the screening of a documentary film about the museum and its holdings, the organisation of a series of educational and artistic workshops, and a concert.

It is worth noting that the Royal Chariots Museum is one of the rarest qualitative museums, ranking fifth in the world after the museums of Russia, the UK, France, and Austria.

It was built during the reign of Khedive Ismail in 1863 AD as a stable for horses and the preservation of royal chariots.

The museum includes about 425 artefacts, including 46 royal chariots of different sizes and types, 22 of which are considered among the rarest royal chariots of historical value, as they were gifts from European countries to former rulers starting from the era of Khedive Ismail until the era of King Farouk I.

The museum also includes a collection of jewellery of the upper family portraits, medals, horse kits, and their accessories in addition to the clothes of the passenger service workers whose jobs are related to the carriages.