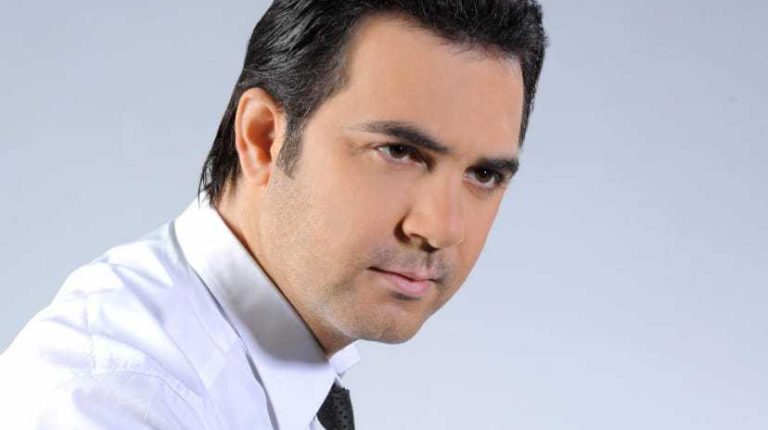 Wael Jassar is a big star in the world of Arab singing. His steps in his music career are steady which earned him a large base of fans. He is respected and loved in the Arab world. He has almost never sparked controversy around him. His voice is distinctive and he has a special singing style. Jassar’s songs combine modern and classic music. It’s fair to say that he follows the old school of singing in almost all of his works. He believes that the audience is the true measure of success of any artist. Daily News Egypt interviewed Lebanese singer Wael Jassar to learn more about his artistic career and future projects.

Tell us about your new song “Ana Mesh Mesadaa”?

I am pleased with the song’s success. It was written by Mansour El-Shadi, composed by Walid Saad, and arranged by Ahmed Ibrahim. Many of my successful songs were composed by Walid Saad, and I have a solid and strong friendship with him. I loved the spirit and mood of the song, as it touched me, and the audience received it well and loved it. For the record, I do not usually expect the success of my songs. I choose the lyrics that touch me, and my feelings have never been mistaken. I love to take my time in preparing my songs. This is because I am very keen on presenting high quality works. This is what happened with this song. It was completely different from the type of my earlier songs “Ayan” and “Wala fil Ahlam”.

Do you always choose to work with young poets, composers, and music arrangers?

I prefer to support young talents and cooperate with them in my work. New songs should be characterized by young spirit, whether lyrics and music, in order to keep pace with the modern music, as the music industry is developing rapidly, and it is necessary to keep pace with this development.

How do you evaluate the success of your songs?

Undoubtedly, viewership is one of the most important indicators of the success of any artistic work, as well as the reaction on social media sites. But in fact, sometimes we find some exaggeration in the viewership rates, which sometimes reach 200 million, for example. For me, one of the indicators of success is also my audience in concerts who interact and support the artist.

Why did you not release a music video clip of the new song?

Shooting a music video clip requires time and a large budget. I preferred to release the new song with no music video, and this was not the first time. I released “Ayan” in the same way, but I released a music video clip for “Wala fil Ahlam” a year ago. It was directed by genius Fadi Haddad, who always presents genuine ideas in his works, so the music clip achieved great success at the time. That’s why I love working with him, as he has a clear imprint in the works that we collaborated on together, which achieved great resonance, such as “Ghariba Al Nas” and “Magabesh Thawani”.

Do you think the economic crisis in Lebanon had its toll on the music market?

Certainly, the economic conditions in the whole world, not only in Lebanon, affected everything, not only the music market. I believe that despite the very difficult economic conditions, life must go on. But the truth is that the music market during this period revived through the introduction of many “single” songs. It became the easiest and most affordable way to present new works. At the same time, it revived the music market and ensured the artist’s strong presence in the scene. Presenting an album became very difficult.

Some believe albums mark the history of any singer. Would this habit end forever?

Absolutely, I did not say that. I meant that it became difficult to produce a full album under the current economic conditions and piracy concerns. Thus, the easiest and most affordable way for everyone is to release single songs and rely on concerts and YouTube channels to secure financial returns. Actually, many songs were subject to injustice within albums, because unfortunately not all songs in any album are treated equally, and the focus always goes to one song, “the Hit” of the album.

From your point of view, how do you see the development of Arab music in the current period?

The situation of the music industry in the current period is very good, not as bad as some believe. Even if there were some low quality songs, there are still thousands of good works. The audience who loves true art will not pay attention to any bad works.

What about your relationship with your audience?

The artist without the audience and lovers is nothing, and my relationship with my audience is based on respect. They are the basis of my success and my fame and their support is very important and my fans trust me a lot and have never failed me. In return, I attend well and select songs well and think about what they like and I cannot present art that is not worthy.

Most of your songs are in the Egyptian dialect. Was this intentional?

The Egyptian dialect is popular, and most Arab singers present their songs in the Egyptian dialect, but this does not prevent me from performing many songs in the Lebanese dialect as well as the Gulf. In general, I like simple lyrics with beautiful meanings whose language is common but decent. Therefore, I refuse inappropriate songs in order to preserve the public taste, and I do not like the so-called “Mahragant”.

How do you see the political situation in Lebanon?

The situation is very tense. Lebanese citizens are going through the worst periods of their lives, and without going into details, I hope that the grief will pass and beautiful Lebanon and the dear homeland will return. We pray to God that the conditions of the people improve and they enjoy their homeland.

What does competition mean to you?

Competition does not mean anything to me and I do not care about it at all.

A few days separate us from Valentine’s Day in Egypt, so to whom would you give roses?

I’d give roses to my mother, wife, sister, daughter, and audience.

Are you keen to buy a gift on Valentine’s Day for your wife?

Of course, I give her all the roses and all the things she loves, because she really deserves love, as she is my partner in life and success, and my biggest supporter.