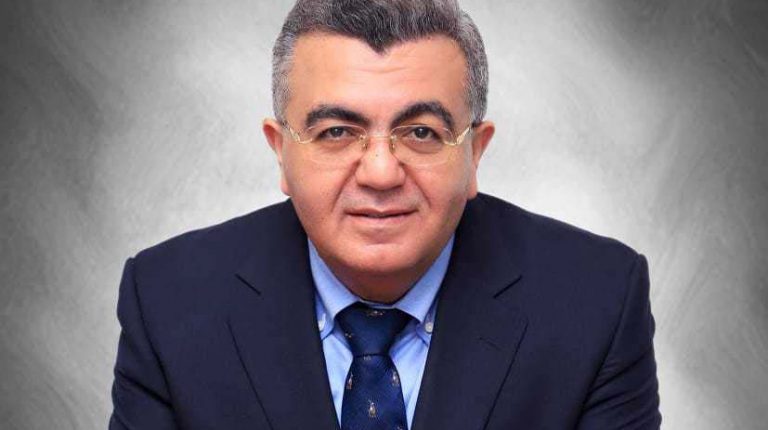 When Russia launched its invasion of Ukraine, media outlets around the world turned their eyes towards the conflict at the detriment of other crucial changes happening around the world.

To a large extent, the European and American positions were united in helping Ukraine stand in the face of Russian aggression.

However, as voices grew louder to unite forces against Russia, the Russian gas crisis and its impact on the European economy reared its ugly head.

This is when the US’ malicious scheme to undermine the European economy and drag Russia into the trap of Ukraine began to become apparent.

For this malicious scheme — which was prepared in advance by the US and its allies — to succeed, the damage had to come from within.

Thus, the choice fell on Poland and Sweden, both of which dealt a blow to Russia by joining the NATO alliance.

Of course, everyone knows the role of the US in dismantling and dividing the Soviet Union under the so-called perestroika, which was launched by the union’s last leader, Gorbachev, to usher in reform.

However, this reform did not take place, and the disintegration of the Soviet Union began, with Gorbachev quickly losing his popularity and being forced to resign in 1991 as the union was collapsing.

But then Russian President Vladimir Putin came and decided to help create a multipolar world order and abandon unipolarity.

This was after he grew tired of the US’ arrogance and its sabotaging of Russian relations with other countries.

This decision remains relevant today, as evidenced by the Russian president’s current confrontation with the West as a whole and the US in particular, which claims that it will win the war despite all obstacles.

However, all indications confirm that European countries and the US are starting to grow tired of this war — which is exacting a heavy financial toll on their economies — and they are exhausted of the bold actions of Putin, who has not shown any weakness so far.

This is all despite Ukrainian and American statements confirming that Russia has begun to weaken economically.

In light of the crises experienced by the EU, citizens in Europe have begun to protest in what could be ironically called the “European Spring,” calling on the EU to abandon Ukraine and reconcile with Russia.

Over the past period, I have been closely following the successive developments taking place in the French, English, Italian, and German arenas. And I found myself unsurprised by any of these events. I was even aware of what was going to happen next.

This is not because I can predict the future, but simply because we have already seen what is currently happening in Europe in the Middle East.  It’s an almost identical scenario with the exception of one thing — the reason behind these demonstrations.

In the Middle East, social justice was the driving force behind the protests. But in Europe, matters are stirred by the mistrust between the European citizen — who used to think critically and draw conclusions — and between the governments that seemed to be following the American scheme blindly.

We all hope that things will end well and that the citizens of the EU will realise their legitimate aspirations. Certainly, what foretells that the EU is on the right path is that voices have begun to rise against the exaggerated European support for Ukraine.

Suddenly, Ukraine is no longer as important as it was before the advent of the European Spring. Under the weight of the economic crisis and economic inflation, every country is preoccupied with its own crises, leaving unity behind.

The US still believes that it has succeeded in deceiving the EU with a set of cliches about democracy and freedom.

But the situation in the US itself has begun to spiral out of the control of Biden and his party, which claims democracy.

Already, 30 representatives of Congress are calling on President Joe Biden to change the course of his war strategy in Ukraine and seek to negotiate directly with Russia to end the months-long conflict.

In a letter to Congress, the representatives emphasized: “Given the devastation this war has wrought on Ukraine and the world, as well as the risk of catastrophic escalation, we also believe that it is in the interests of Ukraine, the United States, and the world to avoid a protracted conflict. For this reason, we urge you to pair up the military and economic support provided by the United States with a proactive diplomatic push and redoubling of efforts to find a realistic framework for a ceasefire.”

They also said that “more direct attempts to engage Moscow are necessary.”

The message comes at a critical moment in the war in Ukraine, as Russia increasingly targets infrastructure with a particular focus on cutting energy supplies ahead of winter.

Questions have also begun to appear in Congress about the willingness of its representatives to maintain the massive financial and military support that has gone to Ukraine.

This is where some Republicans threatened to cut aid if they took control of Congress in the midterm elections in November.

Indeed, multipolarity in the world has become a fait accompli, the disintegration of the EU has become a possibility, and Biden’s loss in the upcoming elections after his administration’s grave mistakes has become inevitable.

* Hatem Sadek is a Professor at Helwan University.