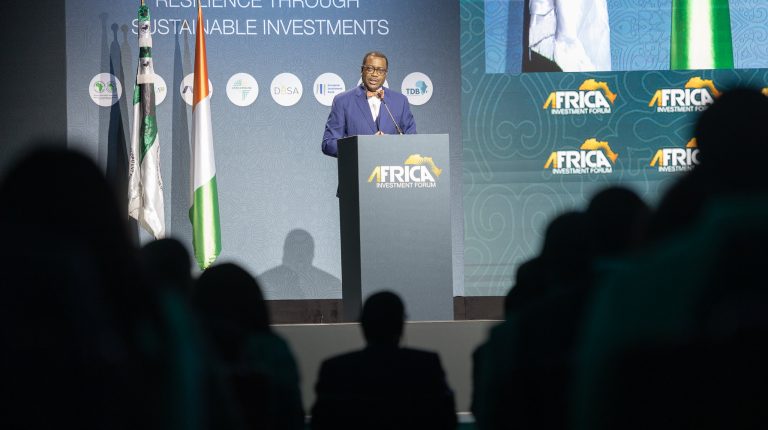 “I was impressed to see heads of state and ministers acting as CEOs of their countries to attract investments,” President of the African Development Bank Group Akinwumi Adesina said.

Adesina stressed that what makes AIF different, is that it is about excellent projects.

Despite the geopolitical developments around the world, AIF managed to mobilize $63bn of investment interest this year alone in this edition and the previous one which was in March, he continued.

He revealed that AfDB will launch a $20bn programme to create the largest solar zone in the world, across 11 countries providing electricity for 250 million people.

“To do so we need to manufacture poly-silicon here on the continent, which is used to build solar panels and we will support that.”

The bank will also work to develop value chains for lithium batteries which are used in electric vehicles.

The Africa Investment Forum 2022 is Africa’s largest transactional investment marketplace, bringing together deal sponsors, deal brokers, and dealmakers from around the world.

The leaders vowed to continue working to strengthen the economic resilience of their countries against external shocks.

Since its inception in 2018, the Africa Investment Forum platform has mobilized investment interests of over $100bn, which now will hit the $131bn mark.