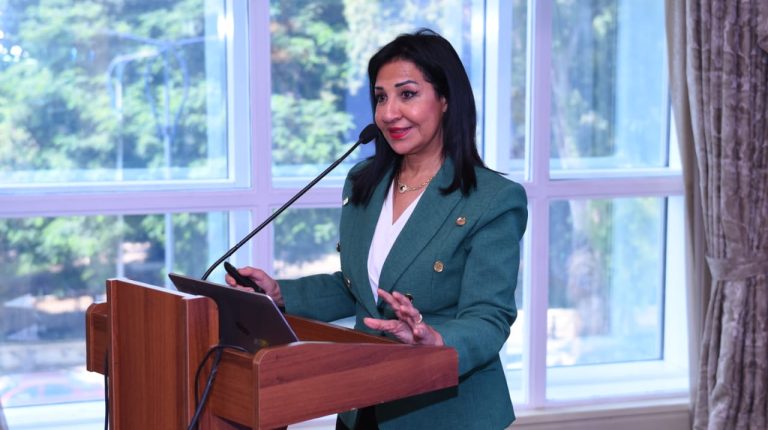 Commercial International Bank – Egypt (CIB) has held a panel discussion on climate change and its impact on financial policies and the economy.

The discussion shed light on the role of banks and international institutions in financial sustainability.

The attendees said that the issue of climate change has become a cornerstone in the future of nations, not only for the possible negative effects on the planet as a result of climate changes, but also for its impact at all political, economic, social, environmental, legal, and security levels, which means that addressing this issue has become inevitable.

The potential risks of climate change were also addressed. The World Bank recorded in 2017 that 2016 was the hottest year since the beginning of temperature recording, with a temperature increase of 2.1 degrees before the Industrial Revolution.

These risks also include the deterioration of environmental tourism. The increase in sea level is expected to lead to the erosion of the Egyptian coasts. Environmental pressures lead to the increase in coral reefs bleaching. The sea level will increase by 100 centimeters till the year 2100, which will cause salt water to be mixed with ground water. This can lead to a loss and damage of crops and lower production.

In addition, more extreme weather events, such as dust storms, heat waves and torrential rains are expected to occur as a result of this climate change, along with a decrease in precipitation. Climate change will also affect the rainfall pattern in the Nile Basin, evaporation rates in waterways, especially in wetlands, and lead to an increase in water scarcity rates. The Nile was also affected by climatic changes, increasing rates of desertification, deteriorating agricultural production, and affecting food security.

As for the impact of climatic changes at the national level, the panel discussion indicated that with a possible rise in sea level in the northern regions, some other areas are likely to sink in the northern coast and the delta. Salinization of agricultural soils is also expected and can negatively affect the productivity of agricultural lands, lead to desertification and cause damage to agriculture. The country will also likely be exposed to increasing waves of winds, which negatively affects the quality of agricultural land.

This climate change could also lead to floods in Egypt, and more heat weaves, with a lack of infrastructure readiness for the impact of both events. The red sea coral reefs will be affected by this change, which can negatively affect tourism.

During the panel, a presentation was made on CIB’s sustainability program, where the Bank affirmed its firm commitment to sustainable financing practices, believing in the importance of providing sustainable and innovative solutions to reduce the negative effects of climate change.

On this occasion, the bank is launching a new promotional campaign to highlight its products that take into account the standards of environmental and social sustainability and the principles of governance, and are specially designed for small and medium enterprises as well as corporates operating in environmentally friendly fields.

These offered products include the Green Bond Program, where CIB, in cooperation with the International Finance Corporation (IFC), launched the first green bond issued in the Egyptian market in the private sector, at a value of $100m, to finance the assets and projects concerned with promoting efforts to transition to a low-carbon economy, with a positive impact on the environment and climate.

They are energy efficiency projects that contribute to reducing consumption by at least 15%, as well as green buildings with LEED, BREEAM or EDGE certification.

The Bank also provides financing to industrial institutions within the programme of the Environmental Compliance Office in cooperation with the Federation of Egyptian Industries. The financing covers 90% of the investment value of the project, at a maximum of EGP 7m, with a grace period of up to 12 months, and a repayment plan up to five years, at the lowest interest rate.