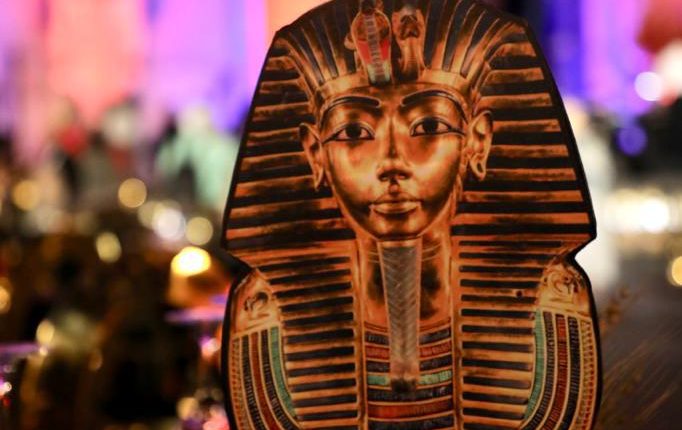 Egypt celebrated on Friday the 100th anniversary of the discovery of King Tutankhamun’s tomb by British archaeologist Howard Carter and his team.

Below, Daily News Egypt presents how Egypt celebrated this occasion in a special ceremonial programme.

A visit to the tomb

The Ministry of Tourism and Antiquities launched a special ceremonial programme to celebrate the occasion, which started off with a visit to the Tomb of King Tutankhamun in the Valley of the Kings on the western bank of Luxor, during which archaeologist and former minister of antiquities Zahi Hawass and Mustafa Waziri — Secretary-General of the Supreme Council of Antiquities — accompanied a group of ambassadors of various foreign countries in Cairo, including The UK, Poland, Italy, Mexico, Croatia, the EU, the US, Denmark, Chile, and Singapore, along with the UN Resident Coordinator in Egypt, the Canadian Cultural Adviser, representatives of local and international media, and a number of Egyptian and foreign bloggers and influencers from a number of countries with a high following.

During the trip, the invitees were provided with information about the tomb, the date of its discovery, the treasures it contained, and the most prominent studies that were carried out on the king’s mummy to find out the cause of his death. 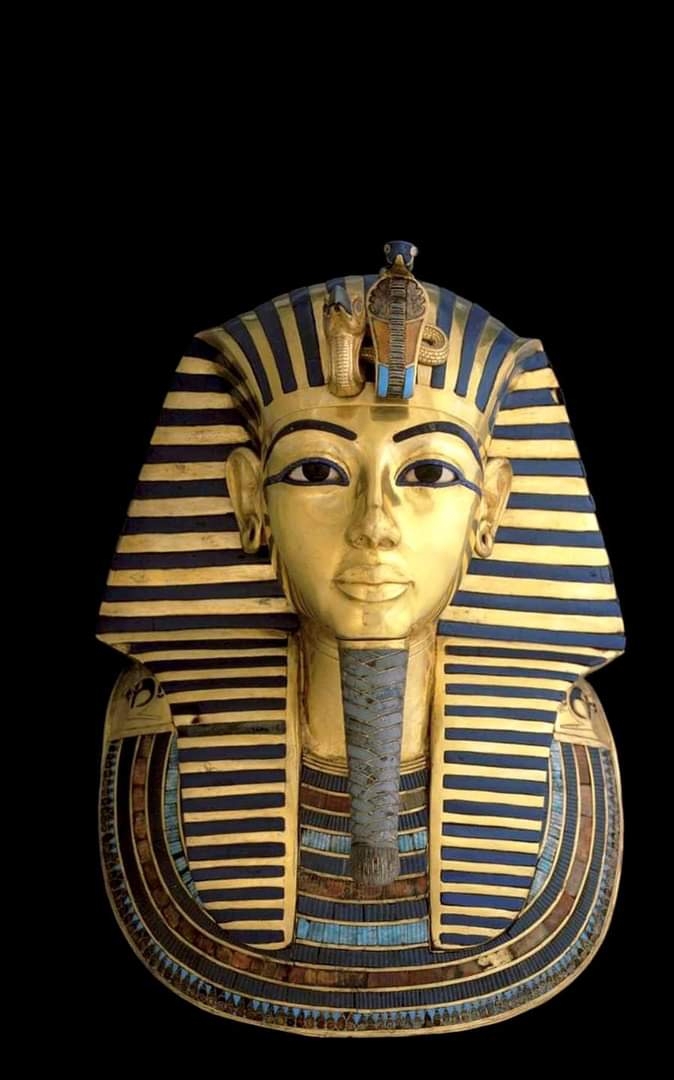 Within the framework of the celebrations marking the centenary — which are being organized in Luxor by the Ministry of Tourism and Antiquities and the American Research Centre in Egypt — Minister of Tourism and Antiquities Ahmed Issa Governor of Luxor Mostafa Alham inaugurated the rest house of British archaeologist Howard Carter — who discovered King Tutankhamun’s tomb — after completing its restoration.

Carter’s Rest House is located on the western mainland of Luxor and is known as Carter’s House. The Carter House restoration project was carried out from February to November of this year in partnership with the Ministry of Tourism and Antiquities and with funding from the US Agency for International Development (USAID) and the Adina Lee Seven Family Foundation to officially reopen it to the public.

The Carter House restoration project included carrying out some construction work and re-formatting the green spaces, along with hanging up new signs to visitors, as well as recreating a modern and historically accurate representation of the interior design of the house and its furniture.

Accordingly, some repairs were made to address the problems caused by the water that damaged the structure of the mud brick of the house, some modifications were made to the green spaces to prevent similar damage in the future, the old water pipes in the house were replaced, the plant fences and trees that were planted near the walls of the house were removed, and a water-free buffer zone was created around the house.

Visitors to the Carter House will enjoy reading comprehensive guide plates in both Arabic and English and viewing archival photographs that present the context of the social and political circumstances surrounding the discovery of the tomb and the many major Egyptian and foreign figures who participated in that massive discovery.

It will also provide additional information about what life was like on the western mainland in the early twentieth century and interesting details about the functions of the house and its various specialised rooms, such as the photographic darkroom. The new information on its website will be complemented by a virtual tour of the house.

The house was built in 1911 and was later expanded after the discovery of Tutankhamun’s tomb to serve as a place to record and study the antiquities discovered in the tomb. On 4 November 1922, after painstaking searching for nearly a decade, Carter’s team found the first twelve steps that led to an entrance barred with seals bearing the name of Tutankhamun.

That memorable day was the beginning of a ten-year project that included the discovery and preservation of 5,000 artefacts inside the cemetery and their transfer to Cairo.

During that time and until his death in 1939, Carter lived near the entrance to the Valley of the Kings in a mud-brick house he had built in 1911. The house consisted of a single central hall topped by a dome, a study room, and a photo lab — original elements that have survived for the past 100 years.

In 1939, ownership of the house was transferred to the Egyptian Antiquities Authority, and it was later used as a rest house for antiquities inspectors. In 2019, the Carter House was restored for the first time and opened to the public as a tourist and cultural attraction.

Moreover, the tourism ministry — represented by the Supreme Council of Antiquities — launched for the first time a virtual tour of the tomb of King Tutankhamun at the time of its discovery in 1922 and all the furniture and pieces it contained at that time.

This virtual tour is presented at the Visitors Centre in the Valley of the Kings in Luxor using advanced Meta Quest 2 glasses in cooperation with a private Egyptian and foreign company.

The ministry explained in a press release that this experience comes within the framework of its keenness to use modern and advanced technology to display and archaeological sites and museums in Egypt accessible to all, and to improve the experience of Egyptian visitors and tourists.

The American Research Centre organises a scientific conference to review latest scientific research on king Tutankhamun, his relics, and tomb

Furthermore, the American Research Centre organised a scientific conference to review the latest scientific research conducted on King Tutankhamun, his relics, and tomb.

The experts participating in the conference gave lectures on various topics, including King Tutankhamun’s life and death, as well as the history of excavations from his tomb.

The first session of the conference witnessed lectures by Lord George Carnervon and Lady Fiona Carnervon, who are descendants of Lord George Herbert — the fifth earl of Carnervon — who funded the excavation of the tomb.

The conference also featured other distinguished lectures by Professor of Egyptology at the American University in Cairo Salima Ikram on ‘The Trials and Tribulations of Tutankhamun’s Mummy,’ British Ancient Egyptian Archaeologist Nicholas Reeves on ‘Aspects of Reusing Tutankhamun’s Tomb,’ and Nozomo Kawai — Professor of Egyptology at Kanazawa University in Japan and Director of the Japanese-Egyptian Mission operating in North Saqqara — on ‘Some Observations Concerning Tutankhamun’s Staff Class.’

Furthermore, on Friday evening, Hawass gave the main lecture of the scientific conference under the title ‘Tutankhamun: His Family and Death, and the Valley of Kings and Queens after the departure of Howard Carter.’

At the conclusion of the celebrations of the centenary, the tourism ministry — represented by the Egyptian Tourism Promotion Board (ETPB) — organized in cooperation with the American Research Centre a celebratory ceremony in Luxor Temple Square on Friday night that the tourism minister attended.

Celebrations across the country

The celebrations were not limited to Luxor alone, as the Museums Sector of the Supreme Council of Antiquities celebrated the 100th anniversary of the discovery of the tomb by opening a series of archaeological and art exhibitions and organising a series of events that include educational guided tours, interactive activities, and artistic educational workshops that shed a light on the art of mummification and writing in ancient Egyptian hieroglyphics, and the tomb of the Golden Pharaoh and its contents.

Moamen Othman — Head of the Museums Sector at the Supreme Council of Antiquities — said that the Egyptian Museum in Tahrir opened an exhibition titled ‘The Centenary of the Discovery of King Tutankhamun’s Tomb: Tutankhamun and His Family,’ which displayed 18 artefacts that belonged to king Tutankhamun that were not found inside his tomb, some of which are being displayed for the first time.

The Gayer Anderson Museum is also organising a temporary archaeological exhibition titled ‘Hidden Treasures,’ which includes a unique collection of ancient Egyptian artefacts and will continue until 9 November.

The National Police Museum is also organising a photographic exhibition under the title ‘The Weapons of the Little Pharaoh,’ which includes a number of pictures of King Tutankhamun’s weapons, showcasing their value and rarity. The exhibition will run until 20 November.

Meanwhile, Tell Basta Museum is presneting an art exhibition of photographs under the title ‘Treasures of the Golden King,’ which includes a group of archival photographs of some of the holdings of Tutankhamun’s tomb.

Meanwhile, the Mummification Museum is holding an archaeological exhibition titled ‘Canopic pots,’ which includes four canopic jars made of alabaster for the so-called ‘Wahe Ibre Min Neferu Ibn Basmatik,’ inside of which are the entrails of the deceased that were preserved after the mummification process was completed. It is set to run until 11 November.

Finally, the Luxor Museum of Ancient Egyptian Art opened an archaeological exhibition under the title ‘The Golden King Tut,’ which will continue until 18 November.

It also inaugurated an art exhibition for King Tutankhamun’s possessions titled ‘The Golden Mask,’ which includes paintings and photographs created by talented school and university students.