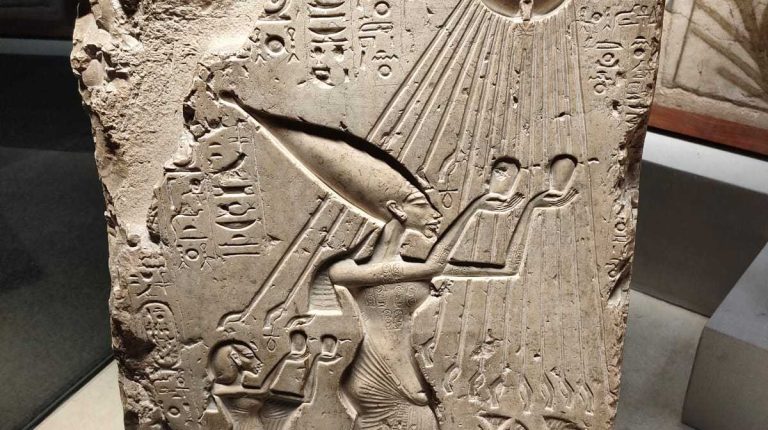 Under the title “Egypt and Its Environmental Legacy”, Sharm El-Sheikh Museum in South Sinai will organize a temporary archaeological exhibition on Tuesday, 8 November, on the sidelines of the city’s hosting of the 27th Conference of the Parties to the United Nations Convention on Climate Change (COP27).

Moamen Othman, Head of the Museums Sector at the Supreme Council of Antiquities, explained that the Supreme Committee for the museum presentation scenario, headed by Ali Omar, chose 20 artefacts that shed light on the interest of the ancient Egyptian and his role in preserving the surrounding environment, such as the sun, air and birds. The exhibition also highlights the importance of the river The Nile as a lifeline and the ancient Egyptian sanctification of it. It is scheduled to run for a month, until 8 December 2022.

Ali Omar stressed that temporary exhibitions are a channel of communication for various age groups to shed light on various societal issues, By displaying relevant artefacts, including their content and value, they contribute to raising tourism and archaeological awareness and contribute to community participation in the issues raised.

Mahmoud Mabrouk, advisor to the Minister of Tourism and Antiquities for museum presentation and vice-chairman of the Supreme Committee for the Museums Scenario, explained that the most prominent pieces displayed in the exhibition are the upper part of the statue of King Akhenaten, surmounted by the crown of the god Shaw, the god of air, a wide necklace of faience decorated with floral motifs, and a painting with an inscription of King Akhenaten. He gives gifts and worships with his family to the god Aten, the sun god, and two pieces to the god Habi, the god of the Nile, depicted in human form, and his painting of King Akhenaten and his wife Nefertiti.

For her part, Engineer Miriam Edward, General Supervisor of the Sharm El-Sheikh Museum, pointed out that the ancient Egyptians sanctified the Nile, and called it “Etro-A” meaning the great Nile, and from it the word “Nile” was derived from “Na-Etro”, which means the river with branches.

The main deity of the Nile was “Hapi”, and he was depicted in the form of a human in black or blue, a centre of fertility that the Nile gave to Egypt, and he carried in his hands flowers, birds, fish, vegetables, fruits and palm fronds, and sometimes he wore a lotus flower in Upper Egypt, and the papyrus flower in Egypt. The Nile, in the belief of the ancient Egyptians, became a center between life and death.