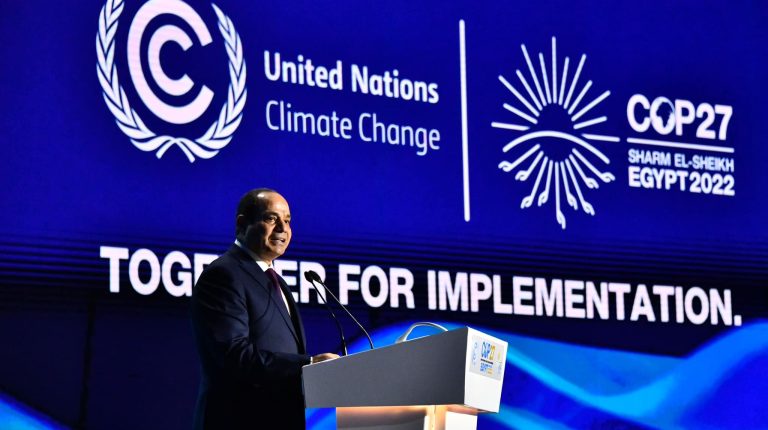 Egypt’s President Abdel Fattah Al-Sisi announced on Tuesday the launch of the first phase of the first green hydrogen plant in the Suez Canal Economic Zone (SCZone), on the sidelines of COP27, with the participation of Jonas Gahr Støre, the Prime Minister of Norway.

Al-Sisi further added that the giant project, to produce green hydrogen, is located in the economic zone of the Suez Canal, which is one of the most important geographical locations in the world, which enables us to export green hydrogen easily to Europe and various other continents.

The president stated that Egypt has taken many measures to enhance the benefit of the huge potential of renewable energies, by encouraging the private sector to invest in the field of establishing, owning and operating plants for the production and sale of electricity, produced from solar and wind energy.

The project is owned, built, and operated by Fertiglobe, Scatec ASA, Orascom Construction, and The Sovereign Fund of Egypt.

The launch of the hydrogen facility comes as world leaders gather for the United Nations Conference of the Parties on climate change (COP27) in Sharm El-Sheikh, Egypt, where they seek to accelerate global climate action through emissions reduction. Unless we make sharp reductions in greenhouse gas emissions in the coming decades, global warming will exceed the Paris Agreement’s goal of limiting temperature rise to 1.5 degrees Celsius.

In order to secure affordable, accessible and sustainable energy security for future generations, an accelerated shift to renewable energy and lower carbon-intensity fuels is required. Green hydrogen, which is produced from water using renewable energy sources, has the potential to play a significant role in decarbonising hard-to-abate sectors, such as heavy industries, power, and global shipping.