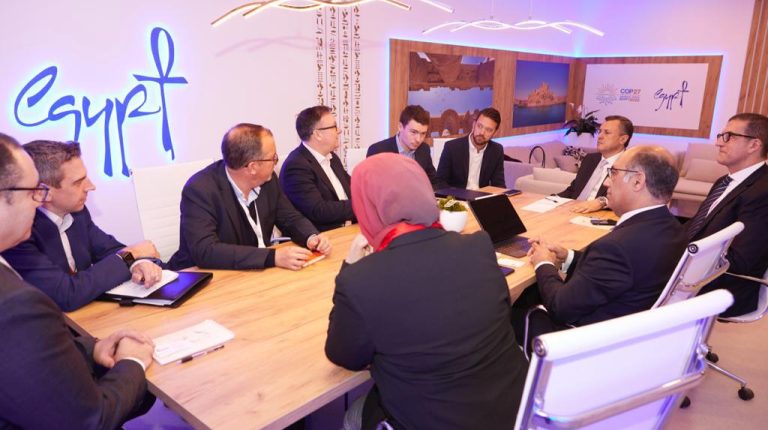 Minister of Tourism and Antiquities Ahmed Issa said that a new promotion campaign will be launched soon, which aims to highlight Egyptian tourist destinations in a way that highlights the diversity and richness of the Egyptian tourism products that suit all tastes and categories of tourists.

His remarks came during his meeting with a group of major airlines targeting the Egyptian tourist destination; where he met with the executives and marketing officials of EasyJet Holidays and Wizz Air on the sidelines of his current visit to the British capital, London, to attend London International Tourism Exchange (WTM2022), which started on 7 November and will continue until 9 November.

During these meetings, they discussed ways to enhance cooperation to push more tourist traffic to Egypt during the coming period, especially with the increase in demand for it.

Issa briefly reviewed the main axes of the ministry’s strategy, during which it will work in the coming period, which aims to increase the number of incoming tourism to Egyptian tourist destinations from the various tourist markets and provide a different tourism product and experience for tourists in Egypt, noting that the British market is considered one of the most important export markets for tourism to Egypt.

During the minister’s meeting with Wizz Air, the company’s first scheduled flights, which have been operating for days between Luton in the United Kingdom and Sharm El-Sheikh in Egypt, were mentioned, which reflects the confidence of British tourists in the Egyptian tourist destination and their desire to visit it to enjoy its various tourist components, products and patterns, and diverse tourism.

For their part, the officials of these companies presented the size of their business in the market and the most prominent activities that they carry out, stressing that Egypt is one of the favorite destinations for many British tourists of all categories, especially the different segments of individual tourists and families, noting their desire to strengthen cooperation mechanisms with the Ministry to increase the volume of incoming tourism to Egypt.

This is the first foreign visit by Issa since he assumed the ministerial portfolio of tourism and antiquities.