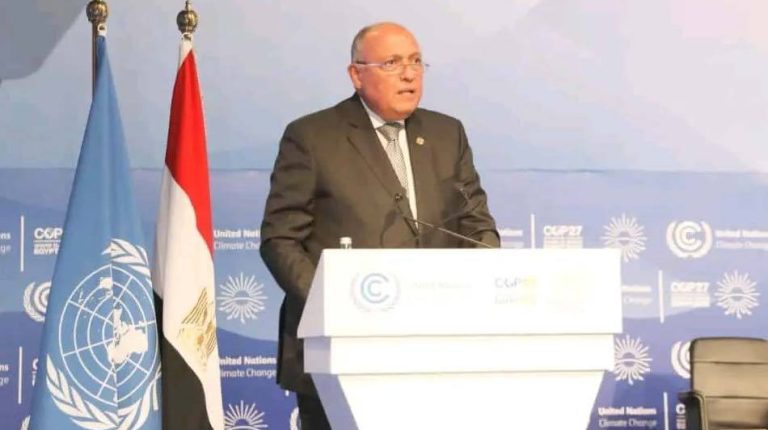 Foreign Minister Sameh Shoukry, the president of the 27th session of the UN Conference of the Parties on climate change (COP27), announced on Tuesday the launch of the Sharm El-Sheikh Adaptation Agenda, with the participation of high-level climate leaders.

During the inaugural high-level event on global climate action, Shoukry stressed the importance of cooperation and the work of parties to find solutions to adapt to climate change in order to achieve the theme of COP27, “Together for implementation.”

Shoukry added that the climate is not only a challenge for governments, so non-governmental actors have a role to play in making climate action a success.

Minister Shoukry expressed the hope that the Sharm el-Sheikh adaptation agenda will represent an important step in enhancing international climate action with regard to adaptation measures and enhancing resilience in the face of climate change.

He added that the Sharm El-Sheikh agenda will also contribute to activating the initiatives of the Egyptian presidency of the conference on adaptation topics, which will be launched during the various COP27 events.

He explained that the Agenda represents the first global plan of its kind, which brings together Governments and non-Governments concerned with the international climate action together to identify the necessary adaptation actions in various priority areas, especially food, agriculture, water, oceans, infrastructure and the provision of climate finance.