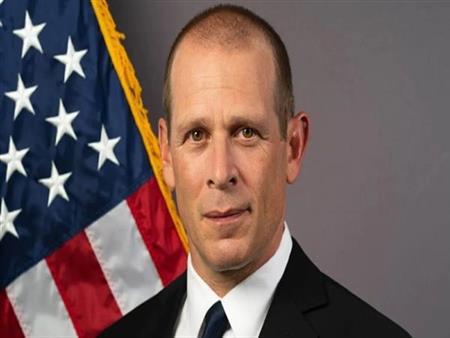 The US State Department’s Regional Spokesperson, Samuel Warburg, said in a statement on Monday that his country strongly supports Egypt’s essential efforts in the field of climate action and looks forward to the success of the climate conference in Sharm El-Sheikh.

He pointed out that US President Joe Biden’s keenness to participate in the UN Conference of Parties on Climate Change (COP27) reflects the extent of this administration’s interest in the climate change file because of its great implications not only for the US, but the world at large.

“The US appreciates Egypt’s leadership in hosting and organising this year’s COP, and there is no doubt that hosting such a large and important international conference will have positive effects on Egypt and the region in general,” he added.

Warburg also noted that Egypt has made significant progress in energy transformation over the past few years through massive investments in wind and solar energy, as well as progress in the innovative adaptation of water resources to meet urban and agricultural needs.

Additionally, he highlighted Egypt’s partnership with UN entities on a number of initiatives related to several priority areas, including initiatives on agriculture with the FAO, waste with the UNEP, and water with the WMO.

Furthermore, he explained that there is a significant amount of cooperation between the US and Egypt regarding climate action, noting that Egypt is one of the signatories of the international action plan on climate change among more than 90 countries.

He also pointed out that during a meeting between Biden and his Egyptian counterpart President Abdel Fattah Al-Sisi at the Jeddah Security and Development Summit in July 2022, Biden welcomed Egypt’s submission of its updated nationally determined contributions (NDC).

Moreover, the two presidents confirmed their countries’ support for the global methane pledge (GMP) and the new energy path for this pledge, which Egypt joined.

Al-Sisi and Biden also reaffirmed the partnership between the UN and Egypt on adaptation in Africa, which will be co-led by the US and Egypt and will focus on providing concrete initiatives that will improve people’s lives and help build resilience in the face of climate change.

The COP27 kicked off in Egypt’s Sharm El-Sheikh on Sunday 6 November under the theme of ‘Implementation’ and will run until 18 November.