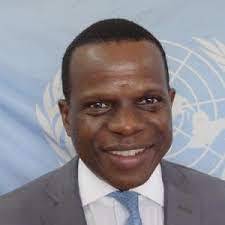 Sharm El-Sheikh – Antonio Pedro — Executive Secretary of the Economic Commission for Africa (ECA) — said that on the one hand, Africa’s vulnerability to climate change has been widely reported.

“On the other, the continent enjoys rich natural resource endowments, offering great opportunities to build climate resilient infrastructure, societies, and economies,” he added.

Pedro’s remarks came as part of his participation in the ongoing UN Conference of Parties on Climate Change (COP27) that is being held in Egypt’s Sharm El-Sheikh.

He also referred to the Great Blue Wall initiative launched by the African Union (AU), saying: “Adaptation is Africa’s primary concern, and this should be reflected in the structuring of conditional climate finance, requiring at least 50% of available finance to support climate change adaption in Africa. Based on the rich African natural capital, the blue economy offers important opportunities, and the Great Blue Wall initiative represents a fantastic lever.”

He added that the initiative aims to accelerate and upscale ocean conservation actions while enhancing socio-ecological resilience and the development of a regenerative blue economy.

The additional innovative benefit of this initiative would be to unlock further blue financing through the exploration of the development of a regional Blue Bond, taking into account the fiscal and debt constraints of the countries in the region and the limited capacity of these countries to attract substantial investments solely through national Blue Bonds.

He also pointed out that the ultimate goal of the ECA is to replicate this pilot initiative on other coasts of the continent.

Within its role in promoting sustainable socio-economic development in Africa, the ECA developed the Blue Economy valuation toolkit and tested it in three countries — Djibouti as a coastal country, Rwanda as an in-land country, and the Seychelles as an island country.

Furthermore, he called for scaling up existing projects from the national level to the East African regional level first and then to the continental level, as it could become a game changer in terms of conservation and restoration of marine and coastal ecosystems.