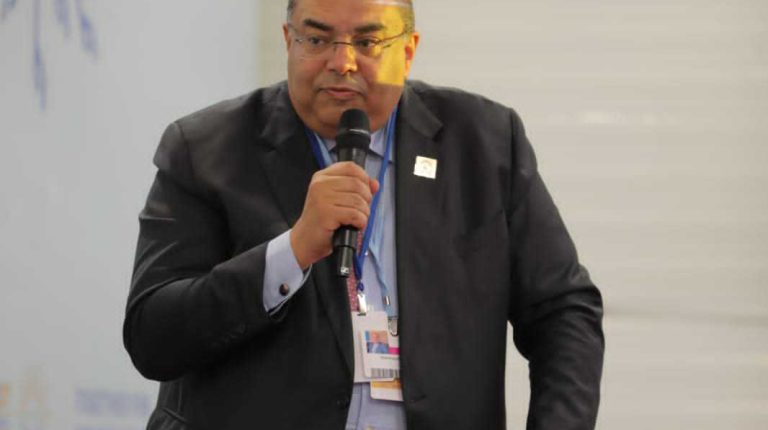 Mahmoud Mohieldin — Egypt’s High-Level Climate Change Champion at the UN — said that providing efficient and fair finance is the key to the actual implementation of the climate action called for by the UN Conference of Parties on Climate Change (COP27) being held in Sharm El-Sheikh till 18 November.

He stressed that there is a large funding gap for development and climate action in developing and emerging countries estimated at $1.3 trillion until 2025, and this may increase to $2.4 trillion by 2030.

“Commitment to financing climate action has become a necessity”, he asserted.

Mohieldin also pointed out that the pledge of the COP in Copenhagen to finance climate action in developing countries by $100bn annually has so far been fulfilled only by a few developed countries, explaining that the importance of fulfilling this pledge is that it paves the way for fulfilling more pledges, although this value does not represent more than 3% of the required finance.

Furthermore, he stressed the importance of scaling up the participation of the private sector and national development banks in financing climate action and the adoption of IDA standards for soft grants and loans that allow long-term repayment periods and low interest rates.

In this context, Mohieldin stressed the need to work on reducing debt and activating the debt swap for investment in climate and environmental projects.

He noted that the five regional forums held by the Egyptian presidency of the COP27 ahead of the conference in cooperation with the UN’s regional economic commissions and the team of High-Level Champions of Climate Change witnessed good negotiations in this field.

Moreover, he pointed out that these regional forums resulted in about 400 projects covering different dimensions of climate action, 50 of which will be presented during the COP27, expressing his happiness with the agreement with the Glasgow Financial Alliance for Net Zero (GFANZ) to finance some of the projects that resulted from the Africa Regional Forum.

Mohieldin also highlighted the importance of activating innovative financing tools, expressing his happiness at the launch of the Africa Carbon Markets Initiative (ACMI) during the conference, which would enhance the ability of African countries to finance climate action.

Additionally, he stressed the importance of promoting environmental, social, and corporate governance practices in accordance with specific criteria to prevent the phenomenon of green washing and to ensure the commitment of companies and the private sector to play their role in environmental and social action.

The climate champion also praised the launching of the Sharm El-Sheikh Adaptation Agenda during the COP27, which provides sustainable financing of vital sectors, including food, agriculture, water, nature, coasts, oceans, human settlements, and infrastructure, calling on parties and non-parties to participate in financing and implementing this important agenda.

He then called for adopting a holistic approach that deals with poverty, food, and health problems, along with environmental and climate problems in one framework, noting that the National Initiative for Smart Green Projects launched by the Egyptian government aims to enhance the participation of various local actors in climate and development action so that their results are reflected on all citizens in villages and cities.

Finally, Mohieldin stressed the importance of credibility and trust building among all parties and actors with regard to financing and implementing climate action.