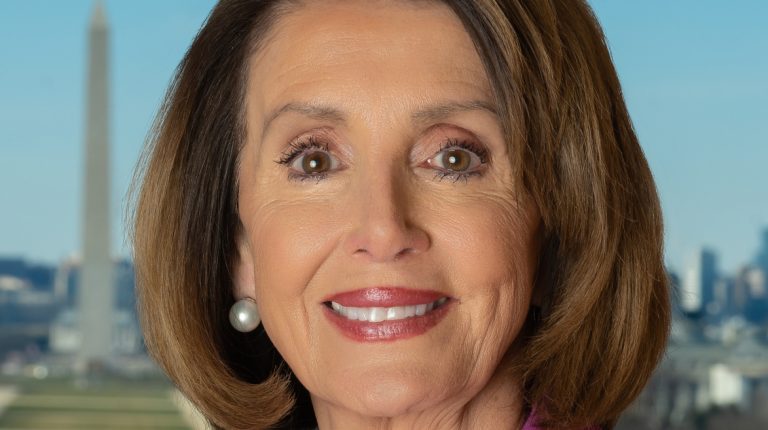 Sharm El-Sheikh-  The Congress of the United States a couple months ago passed legislation that was so historic in terms of its vision, and the pledges for climate change. The United States aims to reduce its carbon emissions by 50-52% by 2030, and to reach zero carbon emissions by 2050, according to Nancy Pelosi, the head of US congressional delegation to COP27 in Sharm El-Sheikh.

In a press conference on the sidelines of the 27th UN Conference of the Parties on climate change (COP27) on Friday, she added that the negotiations touched on climate, health, jobs, green energy, and national security related to mass immigration, noting that improving the current situation is a moral responsibility of all active parties in climate action.

The US Rescue Package that we passed recently contained the Bipartisan Infrastructure Bill – $60bn for diversity and inclusiveness.  It was in the CHIPS Act in terms of research and science and STEM education for everyone – diversity, inclusion, equity, and fairness.

She added that the world has to listen to those who are affected the most, whether it’s the vulnerable nations or the vulnerable people in our own community.

Pelosi mentioned that COP27 in Egypt has a special position as representative for African countries.

“Whatever resources we have, they would be leveraged to a much greater amount so that we can help these countries,” Pelosi said.

She noted that the US listens carefully to the vulnerable nations and their members of parliament about how we can work together to go forward.

Polosi said: “We hope COP27 will be the threshold that all cross to remove all doubt that we are, as a world, serious about saving the planet for the children.”

Moreover, US representative Kathy Castor stressed that the United States is preparing to lead the world once again towards a green transition, and is working to achieve sustainability by facilitating access to green energy.

She added that America pledges to allocate $11bn for climate adaptation to countries affected by climate change, of which $3bn will be provided during the coming period.

On the other hand, US representative Frank Pallone said that the time is currently very sensitive due to the world’s suffering from the effects of inflation on the economies of countries, noting that the United States will continue its commitments to the climate action agenda.

US representative Gregory Meeks remarked that climate crises affected all countries of the world, African countries in particular. Therefore, the transition to clean green energy is no longer a luxury, but rather a necessity. “We must work to make the planet a sustainable place.”

According to US representative Barbara Lee, the United States has invested about $1.6bn in green projects in the context of climate adaptation, so that it can create a sustainable future for coming generations, pointing out that this is a step for the country to return to lead the green transformation in the world.