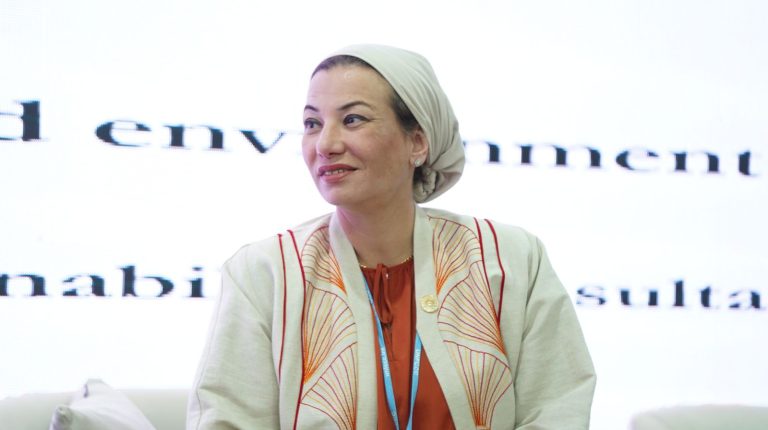 Egypt’s Minister of Environment Yasmine Fouad announced on Saturday the results of the UN Conference of Parties on Climate Change’s (COP27) sustainability plan, stressing that achieving sustainability falls within the obligations of the host country of the conference according to the hosting agreement.

Fouad also pointed out that the COP27 sustainability plan distinguishes itself from previous conferences in the voluntary measures taken by the state to achieve sustainability in Sharm El-Sheikh and to achieve the social dimension in the green zone as an essential part of the spirit of the COP27.

Furthermore, the minister indicated that Egypt presented an inspiring story in the ability to transform Sharm El-Sheikh into a sustainable city to become a living model for the conference’s attendees to sing about in various forums.

Fouad — who is also the Envoy of the COP27 — confirmed that the Egyptian presidency of the conference will submit a report to the Secretariat of the United Nations Convention on Climate Change (UNCCC) on what has been achieved in terms of sustainability, energy efficiency, the use of new and renewable energy, waste management, and water efficiency.

She also noted that Egypt as a host country is committed to presenting a distinguished version of the climate summit in which it took into account the process of carbon neutrality by reducing resource consumption and reducing carbon emissions so that the conference becomes more sustainable.

She explained that the statistics that were collected during the conference indicate the use of 21.215 MW of new and renewable energy and the reduction of CO2 by about 680 tonnes.