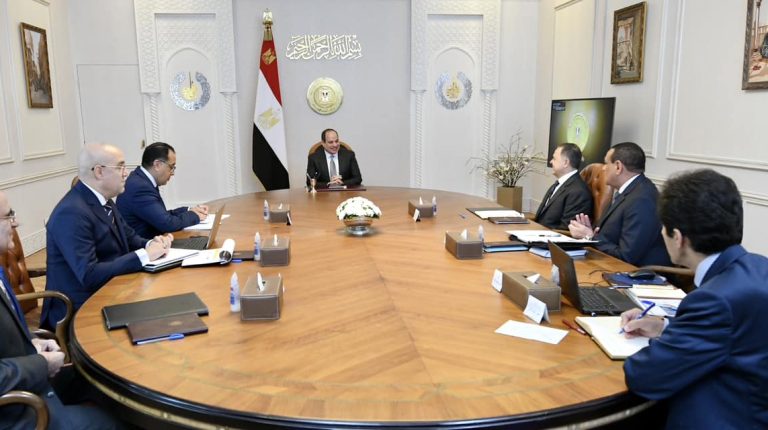 The meeting was also attended by Hisham Amna, Minister of Local Development; Amir Sayed Ahmed, Advisor to the President for Urban Planning; and Hisham Sweifi, Head of the Engineering Authority of the Armed Forces.

During the meeting, the president directed the involvement of the Ministry of Social Solidarity and civil associations with successful experience in service and community fieldwork to enhance the state’s efforts for the urban development of Al-Warraq Island and provide it with integrated services within the framework of modern and organised engineering planning.

He also stressed the necessity of auditing and governance of data on the ground to implement the development in an optimal manner and to meet the needs and requests of the people, including related compensation.

Moreover, the executive position of the strategic plan for the development of Al-Warraq Island was presented, especially with regard to the construction of modern residential towers with small and large-area units, as well as efforts to raise the efficiency of the region’s infrastructure, especially electricity works and laying cable paths for electrical transmission stations, and works on water and sewage services, as well as internal road network designs.