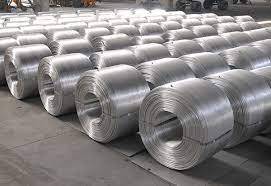 Egypt Aluminium Co SAE (Egyptalum) — a subsidiary of Metallurgical Industries Holding Company — is considering appointing an independent financial adviser to determine the fair value of its shares in preparation for the Saudi Public Investment Fund’s (PIF) acquisition of a stake in the company’s capital increase.

Sources told Daily News Egypt that the fair value study is expected to be completed within the next few weeks, assuming that the financial control approval will be obtained to complete the deal before the end of this year.

The PIF is awaiting the approval of Egypt’s Financial Regulatory Authority (FRA) to increase the capital of Egyptalum for subscription by about 65%.

Sources also told Daily News Egypt earlier that the company has submitted papers to increase its capital at a value of $320m and is awaiting approval to start the procedures for the acquisition of the fund, especially the approval of the General Assembly.

They added that it is possible to complete the deal during the coming period once the necessary approvals are completed, as the fund will inject investments in the company estimated at about $200m.

The company revealed earlier that it is currently considering raising capital through a “strategic investor” and aims to maintain its current production capacity at a rate of 320,000 tonnes annually.

The company is also looking forward to comprehensive reform worth $320m and has hired engineering giant Bechtel to conduct a feasibility study for the development.

The ownership structure of Egyptalum includes the Metallurgical Industries Holding Company (89.83%), and Nasr Mining Company — one of the groups of the holding company — owning about 2.2% of the company’s capital shares.