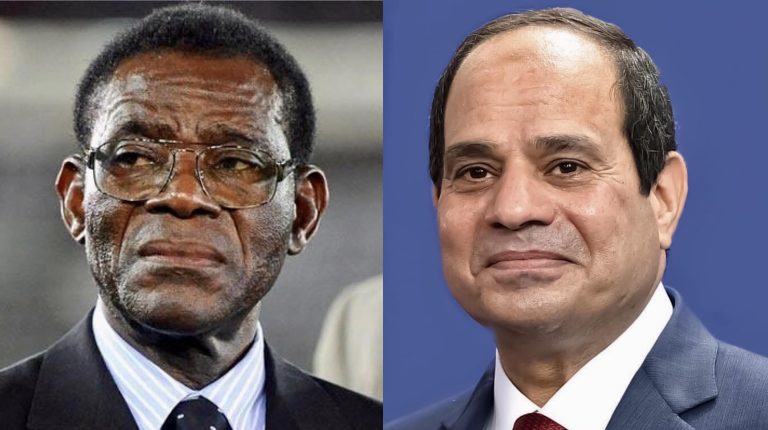 Egypt’s President Abdel Fattah Al-Sisi and President of the Republic of Equatorial Guinea Theodore Obiang agreed to further strengthen bilateral relations, especially on the economic front. This came during a Tuesday phone call between the two leaders.

The Egyptian Presidency spokesperson said that Al-Sisi stressed the importance of consultations with President Obiang, praising the distinguished bilateral relations between Egypt and Equatorial Guinea.

This is reflected in the mutual and successive visits by senior officials from both sides, Al-Sisi indicated, pointing to Egypt’s keenness to enhance cooperation between the two countries in various fields, especially investment and trade exchange.

He also affirmed Equatorial Guinea’s appreciation for Egypt and its pioneering role in the African continent to meet the aspirations of its people for development and prosperity.

“Especially in light of its effective contribution to advancing the efforts of joint African action, and the promotion of intra-African trade and investments, and the maintenance of continental peace and security,” he added.

The two sides agreed to strengthen Egyptian investments in Equatorial Guinea, in addition to raising the rates of trade exchange between the two countries, as well as supporting the development and building of capabilities and cadres for the brothers in Guinea.

Egypt has a distinguished historical relationship with Equatorial Guinea since the latter’s independence on 12 October 1968.