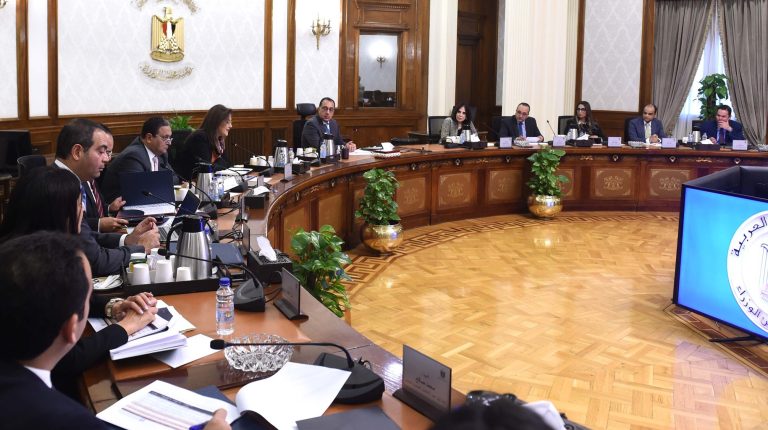 Prime Minister Mostafa Madbouly held a meeting with the Sovereign Fund of Egypt (TSFE) to discuss the promotion of investment opportunities in the Egyptian market around the world.

Ambassador Nader Saad, Cabinet’s spokesperson indicated that the Tuesday meeting reviewed the efforts of TSFE in promoting investment opportunities around the world, and estimates of expected foreign investments that the fund is working to attract during the next stage.

Minister of Planning and Economic Development Hala El-Said told Daily News Egypt earlier that TSFE is in the process of a new promotional round for the Pre-IPO Fund.

The fund includes about 5 government companies with an investment portfolio amounting to EGP 5-6bn, she indicated, pointing to the start of promoting the sale of stakes in those companies in early January.

In a related context, sources told Daily News that the two army-owned companies National Co. for Natural Water in Siwa (SAFI), and the Wataniya Petroleum Co are included.

The list also includes Banque du Caire and the National Company for Food Industries. The sources explained that the companies are about to complete the financial restructuring ahead of offering stakes to global sovereign funds.

According to El-Said, the meeting also reviewed the values ​​of the stakes to be offered in a group of companies in several sectors.

He added that the meeting witnessed the presentation of the timetable for offering seawater desalination plants, and the follow-up of the implementation of the expected investments in the field of “green hydrogen” within the framework of the framework agreements signed on the sidelines of the COP27 Climate Summit.

Egypt is preparing to offer new projects to investors in the water desalination projects sector to achieve the state’s goal of water security.

The Sovereign Fund will present investment opportunities in this sector during the coming period, especially after it attracted large pledges in the hydrogen sector as part of a plan to transform Egypt into a regional centre for renewable energy, according to El-Said’s statements to Daily News Egypt.